Multiple communities, including Richmond, could benefit from a Fraser River ferry service
Nov 30, 2019 11:30 AM By: Kirsten Clarke 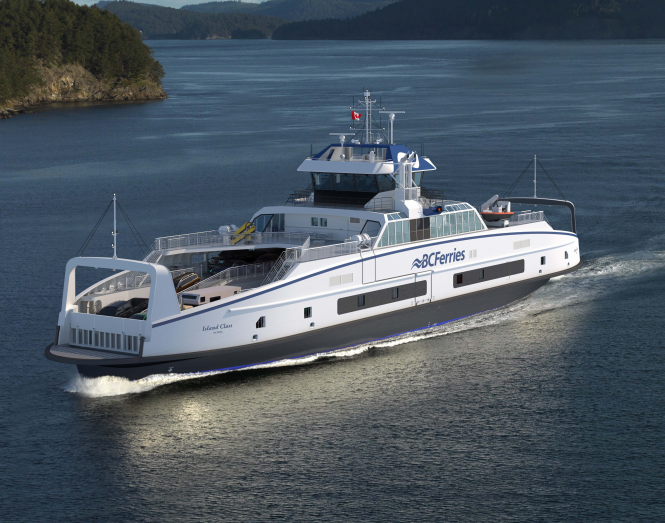 Metro Vancouver regional district is asking TransLink to consider a passenger-only electric ferry for the Fraser River. Electric ferries are being introduced around the world, including B.C., where BC Ferries has commissioned a number of hybrid-electric ferries (pictured above).BC Ferries

Metro Vancouver regional district is asking TransLink to conduct a feasibility study for an electric river bus on the Fraser River.

At Friday’s meeting, the regional district’s board agreed to forward a letter, on behalf of its climate action committee, to TransLink. The letter asks the transportation agency is consider the idea as it develops its new Transport 2050 strategy.

The electric bus ­– which would be similar to a passenger ferry – would benefit multiple Fraser River communities, including Richmond, according to a Metro Vancouver report. It would also provide a low-emission alternative to other forms of transportation.

The report, which was presented to the climate action committee earlier this month, notes that electric passenger vehicles are being used in jurisdictions around the world as a zero-emission transportation alternative to traditional diesel-powered ferries.

An electric ferry is also being planned in Ontario and – closer to home – B.C. Ferries has recently commissioned some hybrid-electric ferries, according to the report.

However, the report states that the river bus service, as well as determining its feasibility, would fall under TransLink’s jurisdiction.

TransLink would need to consider, for example, how the electric bus service would connect to existing public transit systems, how much it would cost, where docks and charging infrastructure would be located and its ability to reduce road congestion.

Transport 2050, which is currently in development, is a strategy to guide Metro Vancouver’s transportation for the next 30 years. The next phase of public consultation will begin in spring 2020.

TransLink used to operate the Albion Ferry until 2009, when it was shut down following the completion of the Golden Ears Bridge. The passenger and vehicle ferry service, which had been in operation since 1957, ran on the Fraser River between Maple Ridge and Langley.

There also used to be a ferry service between Richmond and Delta from 1914 to 1959, which was replaced by the current Massey Tunnel.

The province currently operates a vehicle-passenger ferry between Barnston Island and Surrey, while a privately-operated, passenger-only ferry runs between downtown New Westminster and Queensborough.