Over the past five years, discussions about transportation in Metro Vancouver have revolved around issues such as bike infrastructure, the proliferation of parking meters, pinpointing needed investments in transit and the end of the brief and controv
May 14, 2019 6:00 AM By: Mario Canseco 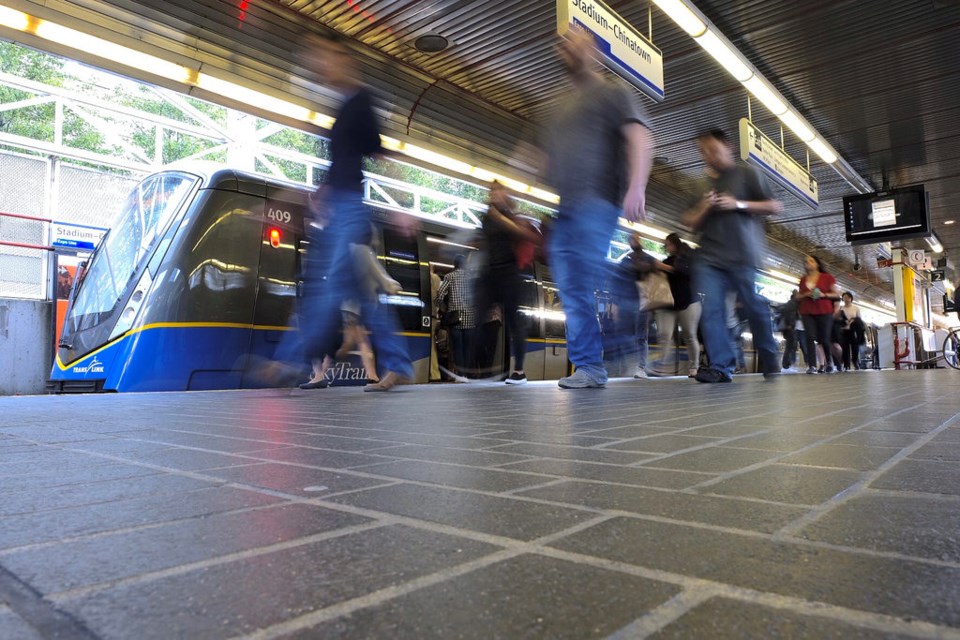 Over the past five years, discussions about transportation in Metro Vancouver have revolved around issues such as bike infrastructure, the proliferation of parking meters, pinpointing needed investments in transit and the end of the brief and controversial policy of tolling some bridges.

The current state of affairs presents a great opportunity to learn from commuters, as well as to analyze the differences in how drivers and public transit users feel about the time they spend travelling from home to school or work and back again.

Research Co.asked Metro Vancouver residents about their experiences. While practically half of weekday commuters in Metro Vancouver (49%) say their trips to school or work are roughly the same as they were five years ago, one in four (25%) says the situation is now worse and one in five (20%) claims that it is better.

There is a significant difference when the method of transportation of commuters is assessed. Public transit users are split on whether things are better or worse now than in 2014 (19% and 19%, respectively). Drivers are more upset, with 19% saying things are better and 31% claiming their commute is worse now.

Across Metro Vancouver, two-thirds of commuters say their trips to work or school on weekdays are “pleasant,” while three in 10 (29%) consider them “annoying.” Women (31%) and residents aged 35 to 54 (also 31%) are more likely to express a negative view of their weekday commute. Very similar proportions of those who drive (30%) or take public transit (28%) feel their trips could improve.

We should focus on the positive side of things for a moment. The key issues that make a commute “pleasant” are controlling the entertainment (19%), dealing with traffic that is manageable (15%), being able to get things done on the way (14%) and finding parking spaces easily (10%).

Among transit users, the main pleasantries are having time to do something else, such as read the paper or answer emails (27%), and being able to usually find a seat inside the bus or SkyTrain (20%). One-third of drivers (33%) say entertainment is the main feature of a pleasant commute.

However, 8% of commuters who drive said they get things done on the way to school or work. For the sake of everyone on the road, let’s hope they are not breaking the law by using hand-held devices.

Those who drive are equally divided on whether traffic (38%) or bad drivers (also 38%) are more of a hindrance. Those who take public transit are slightly more likely to complain about overcrowding (35%) than having to wait too long for the vehicles to pick them up (30%).

If they had a choice, 67% of drivers would keep commuting in their vehicles, while 17% would switch to public transit. More than half of those who take public transit on weekdays (54%) would retain this method of transportation, but almost three in 10 (28%) say they would prefer to drive a car.

As expected, Metro Vancouver’s commuters crave comfort. At least three in four say living close to their workplace is important to them (81%), would work from home more often if they could avoid commuting (78%) and would choose a prospective employer primarily based on where the “new” office would be located (75%).

The proportion of commuters who would be open to more radical solutions is smaller, with 55% saying they would seriously consider moving from their current home if they changed jobs and had a longer commute and just over half (51%) admitting they would be willing to make less money if they got a job that was closer to their home.

The most contentious issue is paying for the pleasure of being on the road. While 43% of commuters are willing to pay for tolls on roads or bridges if it guaranteed getting to work faster, a higher proportion (48%) disagrees with this course of action.

The way we work has evolved, and annoyed commuters are open to solutions. Some are willing to sacrifice salary, while many others would see no problem in relocating. In any case, a majority of drivers (51%) are not ready to part with cash to be on roads and bridges that are currently free – even if it means spending less time inside their vehicles. •

Mario Canseco is the president of Research Co.

Results are based on an online study conducted from April 29 to May 1, 2019, among 700 adults in Metro Vancouver. The data has been statistically weighted according to Canadian census figures for age, gender and region in Metro Vancouver. The margin of error – which measures sample variability – is plus or minus 3.7 percentage points, 19 times out of 20.