Bears have been sighted going into berry bushes and the park road has been closed as a precaution
Jun 7, 2021 3:23 PM By: Diane Strandberg 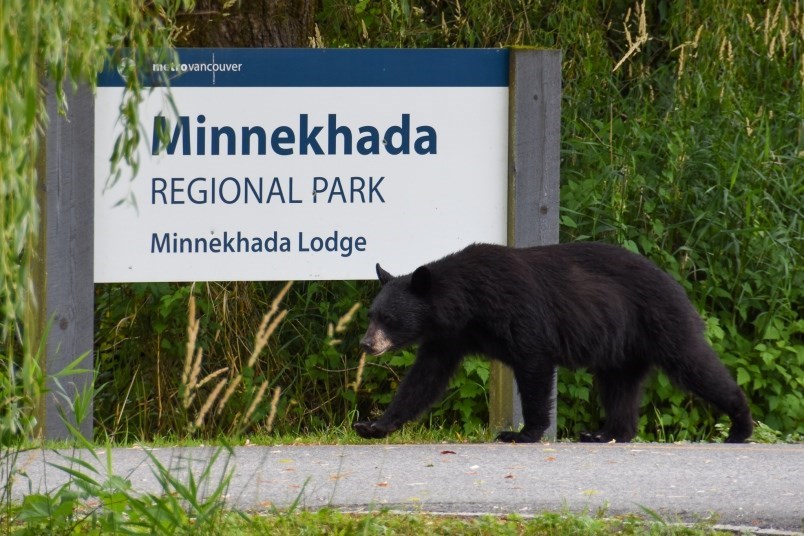 A road has been closed to vehicles in a popular Coquitlam regional park due to high bear activity.

This closure is expected to last about four months, according to park officials, and comes as the Wildlife Alert Reporting Program map reports sightings in the area with berry bushes as the attractant.

According to Metro Vancouver officials, the Oliver Road entrance has been closed due to the “high potential for negative human-bear interactions.”

However, the park remains open and accessible via the Quarry Road entrance.

The closure comes as bear sightings have ramped up throughout the area, with dozens of sightings of bears reported to the Wildlife Alert Reporting Program in recent days.

Closing Oliver Road, however, is not an unusual step.

The road is typically shut in the summer at the start of blueberry season to avoid bear “jams” with people stopping on the narrow road to take photos of the bruins.

On its website, Metro Vancouver reminds visitors that bears “are wild, unpredictable and can run faster than humans over any type of ground. If you see a bear, stay back 100 metres. Never approach a bear; change your route or plans to avoid them.”

“Bears that become comfortable near people can be more dangerous to humans or may be destroyed. Negative bear-human interactions may result in closures other areas within the park,” the website notes.

The park is popular with hikers and photographers and has been open since 1981.

Other Tips for walkers or hikers at Minnekhada include: