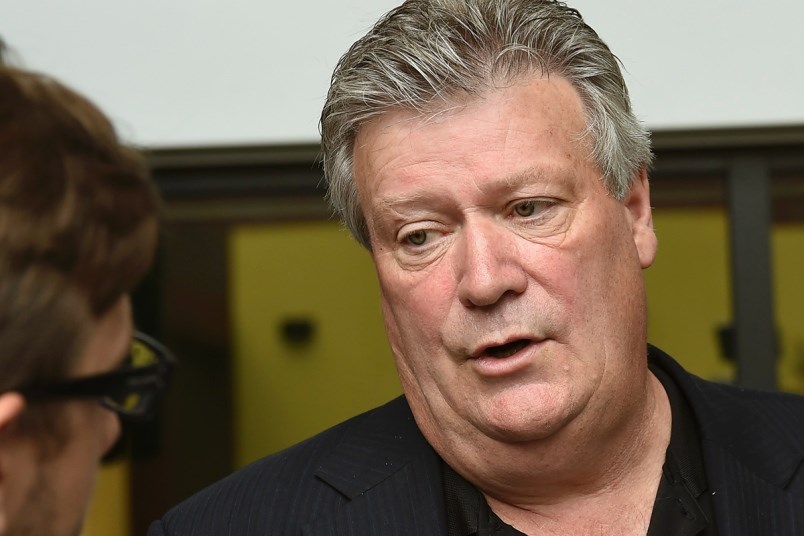 In a year of provincial politics that has been cluttered with BC Liberal gaffes, Rich Coleman had to tune up the band one more time.

The former BC Liberal MLA for Langley East took to Twitter before 8:00pm on Boxing Day to tweet a graphic that read, “How will we know if the vaccines are working? Will the survival rate go from 99.5% up to 99.7%?”

It is the type of anti-mask, anti-vaccine skepticism that you could expect from QAnon trolls unable to differentiate between a vaccine’s effectiveness in preventing infection from a virus and the unvaccinated survival rate of being infected by the virus.

For Coleman, it reflects poorly on his intelligence.

As nearly 15,000 Canadians have died from COVID-19, including over 800 British Columbians, it also seems needlessly insensitive and cruel. Many in the province spent the holidays limited to their households, forgoing large gatherings, so as to prevent further COVID-19 transmissions as per public health orders.

When asked by BC NDP MLA for Stikine Nathan Cullen for “a little more compassion and intelligence”, Coleman confirmed that he deleted the tweet, adding that the remark was a “little rich” coming from Cullen. However, there seems to be no evidence that Cullen has ever made light of the COVID-19 pandemic or vaccinations.

Half an hour after the original tweet, Coleman explained, “So I tweeted something earlier and on reflection thought it wasn’t that funny. My bad. Sorry folks.”

The apology echoed similar BC Liberal atonement in 2020: “It was a roast… The intent was to be funny.”

Pressed by broadcaster Jody Vance, Coleman further apologized for the “dumb” message his tweet sent, adding that he is a “big fan” of vaccinations: “I have stood up to anti vaccine groups for years… The vaccine can’t come quick enough. I have and will continue to support it.”

For nearly a quarter-century, Rich Coleman sat as a Member of the Legislative Assembly in British Columbia. He had multiple cabinet positions during that time, including five years as the Deputy Premier.

His record, however, is marred by his own blooper reel: Speaking at a pro-life rally outside the B.C. Legislature; comparing rule changes to the Agricultural Land Reserve to the Nazi restrictions on the rights of Jews in the 1940s; telling folks on social assistance, including people with disabilities, that they have it good compared to poor people in developing countries.

Although no longer in office, the repeated allegations against Coleman in the Commission of Inquiry into Money Laundering in British Columbia (The Cullen Commission) continue to keep him in the headlines, much to the detriment of the BC Liberal Party as it seeks to rebuild after a crushing election defeat in October.

Coleman is set to testify in The Cullen Commission in 2021, after facing allegations that he and senior RCMP officers caused a “tsunami” of money laundering to take place in B.C. casinos. He would be well-advised — perhaps by his long-time spokesperson and Vice-President of the Independent Contractors and Business Association, Jordan Bateman — to remain serious about the matter. 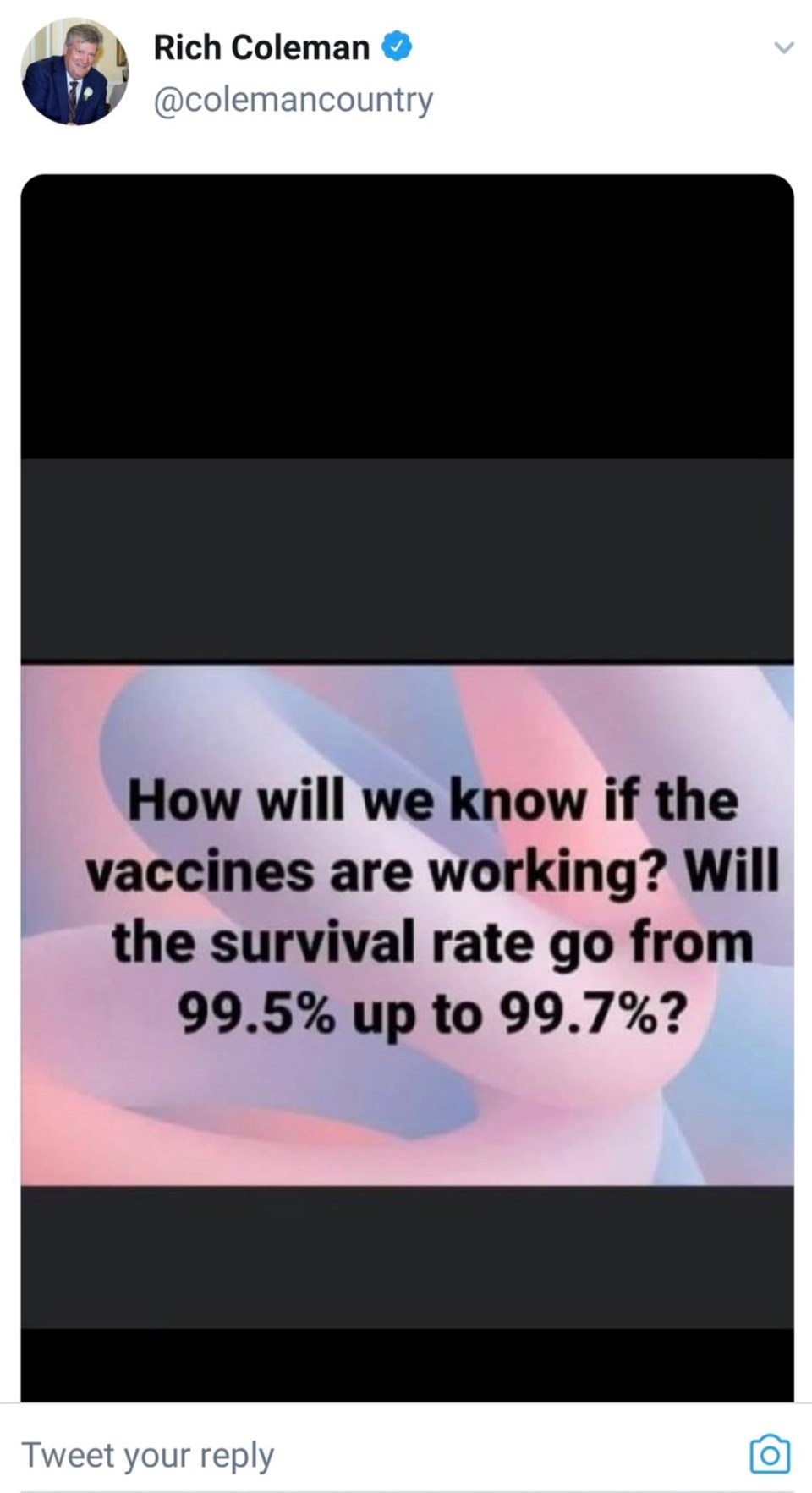 Rich Coleman makes a 'joke' on Twitter. By @colemancountry

Mo Amir is the host of This is VANCOLOUR, a politics and culture podcast available on Apple Podcasts, Spotify, Google Podcasts, and www.thisisvancolour.com