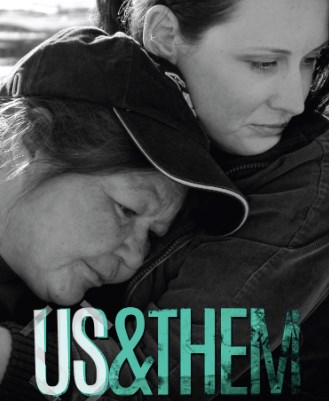 The Tri-Cities' homeless population needs more than temporary shelter, prompting a call for modular housing and a warming shelter to offer additional supports.

As Tri-Cities Homelessness and Housing Task Group gears up for Homelessness Action Week this week, the call has gone out for land and money to build more housing for people in precarious living conditions as well as a place for people to get food, showers and other supports during the day.

“We’re ready to facilitate the difficult conversation and helping people realize homelessness isn’t going to go away. We need to start working together,” said Polly Krier, the task group coordinator and an Anmore village councillor.

The latest available homeless count shows that the number of sheltered and unsheltered people has doubled since 2014, and Krier said she’s concerned this year’s count will show even more people living in the camps around the Tri-Cities.

She said she's hoping two special events planned for next week will get people talking about the need to provide more than a Band-Aid solution to getting people housed and change the narrative about people who are homeless.

“We need to change the conversation, we need to realize it’s no longer us and them,” Krier said.

In many ways, numbers tell the story.

There is room for 60 people at the shelter at 3030 Gordon Ave. in Coquitlam, which has 30 private rooms and 30 apartments for longer stays. People who stay at the shelter also get access to counselling and other programs and meals.

This winter, 10 dorm beds will be opened for women who need shelter.

But those who can’t get in need the supports that a warming shelter could provide, Krier said, suggesting that a warehouse or other space could work, if one could be found.

As well, she said her group, which has grown so large it needs a bigger meeting space, is casting about for land and funds to build modular housing, like those buildings in place in Burnaby, Vancouver and Maple Ridge, where people live and get access to supports.

Krier said BC Housing is willing to provide funding, “it’s the land we’re looking for."

In the meantime, local churches and the Hope For Freedom Society have stepped in to provide a place for people to stay for the night on mats, with three meals provided, including a hot dinner.

Program co-ordinator Andrea Corrigan said provincial funding came through and the Bridge shelter mat program started Oct. 1, with more than a dozen people staying at a church in Coquitlam. They are bused to the church every night at 9:30 p.m. and bused out of the neighbourhood at 7 a.m. the next day.

“The feedback that we had is that it was quiet and safe and people seemed to get a good night sleep,” Corrigan said.

Last year the Bridge program provided 138 people with shelter and food, and 33 of them moved on to more permanent housing — mostly to addiction treatment programs — she said.

Like last year, the shelter will rotate between five Coquitlam churches that have agreed to house the program, with one hosting the program for two months, and a group of people in residential treatment helping out for one month as volunteers.

In addition to the Bridge shelter, an emergency shelter will be provided at Trinity United Church in Port Coquitlam when temperatures drop below zero and weather conditions are bad.

For more information about the Tri-Cities Homelessness and Housing Task Group, visit tricitieshomelessness.ca.

• This year’s Homelessness Action Week activities include Project Underpants, which is collecting cold-weather items and non-perishable food for the Coquitlam shelter at all five Vancity locations between Oct. 13 and 31. Items needed include warm blankets, pillows, toques, mitts and gloves, socks, underwear and rain gear.

• On Thursday, Oct. 17 at 6 p.m. at the Old Mill Boathouse, 2715 Esplanade St., Port Moody (at Rocky Point Park), the public is invited to a screening of Us and Them, a documentary and a Q&A session with people who have been homeless. There will be light snacks and a cash bar.

• On Friday, Oct. 18, Lunch and Connect, from 11:30 a.m. to 1 p.m, Join residents and staff of 3030 Gordon Ave., community members, politicians and task group members to share a hot meal and conversation about how to change the narrative on homelessness.