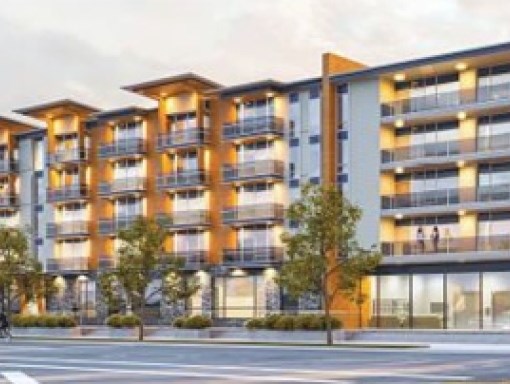 Port Coquitlam is the latest city to benefit from a 10-year, $1.9-billion provincial investment to build more than 14,000 mixed-income rental homes throughout B.C.

Tuesday, the province awarded $8.3 million to build 83 rental units, including studio apartments, one- to four-bedroom units and a-five bedroom unit, for low-income women and their families.

Operated by the Atira Women’s Resource Society, the Alex rental complex will be built on four lots owned by Metro Vancouver at the northwest corner of Prairie Avenue and Flint Street, across from Kwayhquitlum middle school, and will be leased for a nominal fee on a long-term basis by Atira.

In addition to affordable rental apartments, the Alex will house a medical clinic large enough for eight doctors, and a child care facility.

“Through partnerships with dedicated non-profits like Atira, and with the help of municipalities that have stepped up to work with the province, we are delivering safe secure and affordable homes for people throughout the province," stated Selina Robinson, minister for municipal affairs and housing, and the MLA for Coquitlam-Maillardville.

Construction for the project is expected to start next spring.

“The Alex will give mothers the peace of mind that comes with having safe, affordable housing and will have a major impact on their lives and the lives of their children,” said Mike Farnworth, MLA for Port Coquitlam and the minister of public safety and solicitor general,

Also on hand for the announcement was PoCo Mayor Brad West, who said the project is an ”example of of the province and the city working together to provide affordable housing solutions in Port Coquitlam.”

More than 5,200 homes under the Community Housing Fund are in development and under construction, including nearly 460 homes in the Tri-Cities according, to a press release.

1968
‘What are they waiting for?’ asks Coquitlam parent worried about long wait for school isolation letter
1534
New garden centre hopes to take root in Port Moody
1529
Parent says Port Moody minor hockey not giving a full account of its COVID cases
1448
Every Canadian household to get free, pre-paid postcard
1120
Dentists, midwives and more approved to assist in B.C. vaccination clinics