Port Coquitlam is permitting larger patios for the city's breweries to help them cope with restrictions to indoor gatherings during the COVID-19 pandemic; the hope is that the city could soon be recognized as the next brewery district in the region
May 4, 2021 11:09 AM By: Diane Strandberg 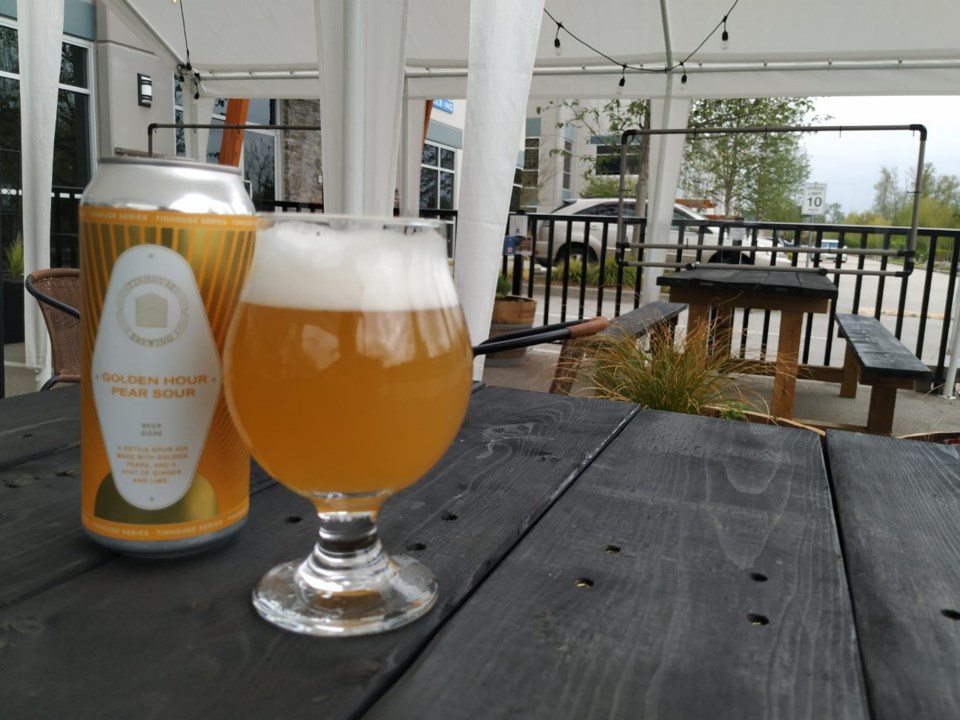 Port Coquitlam brewery Tinhouse is looking forward to hosting customers on its patio. The city of Port Coquitlam is allowing larger patios at breweries to help them through the pandemic.Submitted

Port Coquitlam is quickly becoming the next brewery district in the Tri-Cities, thanks to a spate of new craft breweries opening up in the city.

Whether you’re looking for a cold one after a bike ride on the Traboulay PoCo Trail or a place to gather with your safe bubble, you can enjoy the freshly made suds at one of Port Coquitlam’s new breweries, which are making the most of their outdoor space in recent days with tents, plants, picnic tables, snack foods and, occasionally, an array of food trucks.

But, soon, brewery owners will be able to expand their outdoor patios even more because of a city proposal to remove the current patio size limit of 10 square meters (about 108 square feet).

“The patio is absolutely our lifeline right now,” said Phil Smith, a partner in Tinhouse Brewery, who has had to shut his indoor lounge due to COVID-19 restrictions.

Currently, his patio offers enough seating for 34 people, depending on the groups, and although Tinhouse has limited space to expand, Smith said he’s working with the city on creative options like placing Adirondack chairs on a nearby green space. “This is a work in progress with the city and they are being very cooperative and amenable.”

The move to permit larger patios is the city’s latest effort to boost the craft liquor industry that started in 2016 when the city first permitted liquor manufacturers to set up tasting lounges in industrial areas. In 2018 council doubled the lounge seating capacity to 50 and relaxed parking limits (providing they didn’t impact neighbours), and last year extended the lounge closing times.

Smith said the popularity of his patio at Tinhouse is weather dependent but he’s made efforts to spruce up the area with plants and has added a tent for rain protection.

“On Friday evenings, Saturday and Sunday, we’ll have a line up and a waiting list for people to get space,” Smith said, and having the option to expand, if space can be found, will be great for business.

Smith also said he would like to see Port Coquitlam added to the BC Ale Trail because there are enough craft breweries to make the city a destination for craft beer aficionados.

“We get people of all sorts: We’ve got the locals who live in the immediate areas, they are becoming our regulars; there are the new people who are moving into the neighbourhood; and, on the weekends, we get the beer pilgrims or the beer travellers. They venture in from the city or venture in from the valley.”

It’s not a stretch for the beer aficionados to hit Tinhouse, Taylight, North Paw,  Patina and Provincial Spirits by bus, designated driver or by foot as they make their way out to Port Coquitlam, said Smith.

(A new brewery, Boardwalk Brewing, located at 2115 -575 Seaborne Ave., will soon be added. It has applied to the Liquor Cannabis Regulation Branch for a liquor manufacturing license and permission to operate a 50-seat lounge.)

With patios beckoning and warmer weather on the way, “They can hit five instead of coming for just one,” said Smith.