Flights from San Francisco, Mexico City and Montreal have been flagged, as well as another flight from Kelowna to Edmonton.
Jul 28, 2020 11:22 AM By: Stefan Labbé 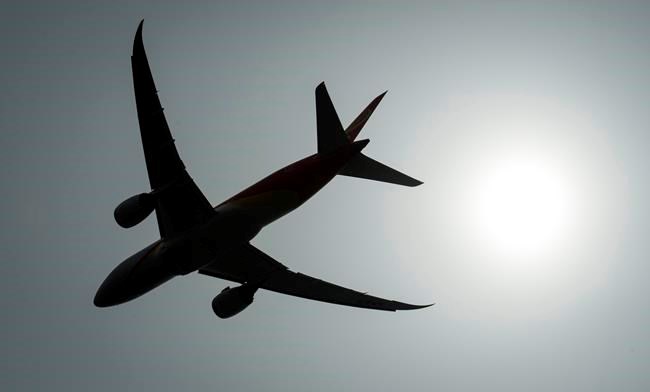 A plane is silhouetted as it takes off from Vancouver International Airport in Richmond, B.C., on May 13, 2019. THE CANADIAN PRESS/Jonathan Hayward

The B.C. Centre for Disease control is warning passengers aboard four flights into Vancouver over possible exposure to COVID-19.

Of those, two were inbound international flights, from Mexico City and San Francisco, and two were domestic, both from Montreal.

Another flight from Kelowna to Edmonton (July 13: Westjet 3312, rows 11-17) was also flagged for possible COVID-19 exposure.

Two of the newly-flagged flights do not specify which rows of seats were exposed, a condition which triggers a warning to all passengers.

Anyone aboard these flights should self-isolate for a 14-day incubation period and monitor for symptoms.

The flight is in addition to the following recently-flagged flights by the BC Centre for Disease Control and the Public Health Agency of Canada.