A new school being built on Burke Mountain will have 55 child care spaces, according to a BC government announcement, and a replacement school for Moody elementary school in Port Moody will have a child care centre with 60 spaces
May 21, 2021 9:35 AM By: Diane Strandberg 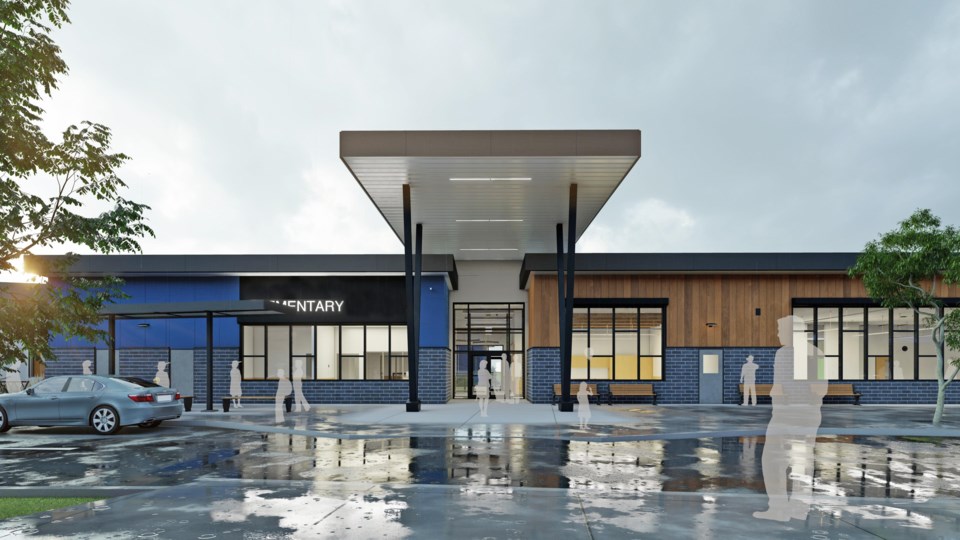 Parents will have access to child care at the new Sheffield elementary school under construction on Burke Mountain in Coquitlam.School District 43

Two new elementary schools planned for Coquitlam and Port Moody will have spaces for child care, the B.C. government has announced.

In Coquitlam, as many as 55 spaces will be provided in the new Sheffield-Partington Daycare at a new elementary school being built in the Partington Creek neighbourhood of Burke Mountain.

The spaces will include 45 spaces for school-aged children and up to 10 preschool spaces, according to a news release from the Ministry of Children and Family Development.

School District 43 (SD43), which recently completed a child-care task force study with the cities of Coquitlam, Port Coquitlam and Port Moody, is expected to partner with a non-profit provider to operate the facility, which will include accessible washrooms, entryways and a playground.

Construction of the school began in August 2020 and the new facility — with its child care spaces — is slated to open for the start of the 2022-23 school year.

Meanwhile, a new replacement school being planned for Port Moody will also house a daycare.

The province has unveiled 60 spaces will be part of the new Moody Elementary school project, including up to 40 spaces for infants and toddlers and up to 20 for school-age children.

Moody Elementary is listed on the school district’s capital plan as requiring a seismic replacement costing $34.2 million and will have space for 385 students and a neighbourhood learning centre when it is complete.

The province has funded almost 26,000 new licensed spaces since the launch of Childcare BC — more than 6,000 of which are now open.

"As we enter the fourth year of our 10-year Childcare BC plan, thousands of families are already feeling the life-changing impact of having affordable, quality and inclusive child care," stated Katrina Chen, minister of state for child care.

"Improving child care has been a key commitment of our government since day one," adds Rick Glumac, MLA for Port Moody-Coquitlam.

"As we recover from the pandemic, we are more focused than ever to get people access to this vital service."

An additional 4,370 spaces, funded through the 2017 Budget Update and the Early Learning and Child Care agreement with the Government of Canada, takes the total number of new child care spaces funded since July 2017 to more than 29,300.

The province is also providing wage top-ups to encourage more people to seek jobs in the sector.