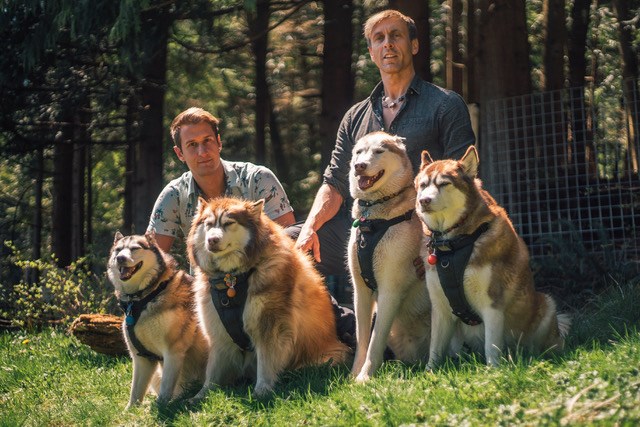 Or as show producer Tyson Hepburn put it to The Tri-City News, “A crazy dog — a really crazy, whacky dog.”

Show hosts Dylan and Darijan Northstar call themselves the ‘Dog Dudes,’ a Vancouver duo who boast seven years and hundreds of rehabilitated dogs under their collars.

The reality show is a family affair; Dylan focuses on the dog, Darijan on the human psychology. “So many dog issues are human ones,” said Darijan in an unreleased teaser reel.

But unlike any other trainers in the world, they use the ‘power of the pack.’

A family of calm and balanced huskies — Sky, Phoenix, Orca and Ocean — are their secret weapon. Following a pack philosophy, the rehabilitation experts offer a canine crash course in speaking dog.

By tapping into a pooch’s primal instincts, time spent with the pack is all about realigning the canine hierarchy.

“It's kind of like getting back to how dogs are supposed to behave,” said Hepburn. “These crazy dogs will remember their wolf backstory.”

If you have a problem dog and want a chance to feature in the upcoming show ‘The Dog Dudes: Pack Power,’ email Dylan and Darijan for a doggy assessment at dddogdudes@gmail.com.

The dog training experts are also offering additional sessions to turn your problem pooch into a good behaving canine.

2070
Search for missing Port Moody woman takes on ‘life of its own’
1596
'It's chaos': Massive search underway for missing Port Moody woman
1560
Everything you need to know about COVID-19 vaccines in B.C.
1258
'Administrative error' leaves some UBC students owing nearly $10,000 in tuition, due within days
959
'Clinically extremely vulnerable': Are you first in line to get vaccinated in B.C.?