Politicians in New Westminster are rallying to the defence of Port Coquitlam Coun. Laura Dupont, who was censured on Thursday, May 28.
May 29, 2020 1:20 PM By: Chris Campbell 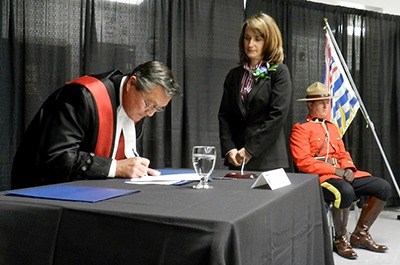 Politicians in New Westminster are rallying to the defence of Port Coquitlam Coun. Laura Dupont, who was censured on Thursday, May 28.

In a written statement, the city said Dupont had been under investigation by an independent investigator and is said to have breached the Community Charter by disclosing materials from an in-camera meeting. Neither the city nor the mayor would elaborate on what was leaked.

Council unanimously agreed that Dupont’s breach was unbecoming and that her actions merit her censure and removal as the city’s representative on all external boards and committees.

This censure has raised the ire of many, including two New Westminster city councillors.

“This is silencing pure and simple,” tweet Coun. Mary Trentadue. “(Laura Dupont) is an incredible advocate for her community and the rest of us! She believes in doing right on all matters. I know this. Councillors should be able to disagree, question and push for making things better. That is her job.”

Dupont has apologized for what she called a “mistake.” However, she could not elaborate on what occurred in a closed meeting.

“I’m stunned,” tweeted Coun. Nadine Nakagawa. “I know Laura to be a principled and sincere person who is committed to addressing the climate crisis and housing issues. I hope the community demands answers on her being silenced.”

Others are rallying to Dupont’s defence.

Former federal NDP candidate Christina Gower started at petition shortly after Dupont had been dumped from her Metro post, acting mayor’s position and other committees for a breach of confidence.