No go for Coquitlam to join international coalition on racism, discrimination

On May 31, Coquitlam councillors reaffirmed their stance against racism and discrimination in the community and the workplace.
Jun 12, 2021 8:35 AM By: Janis Cleugh 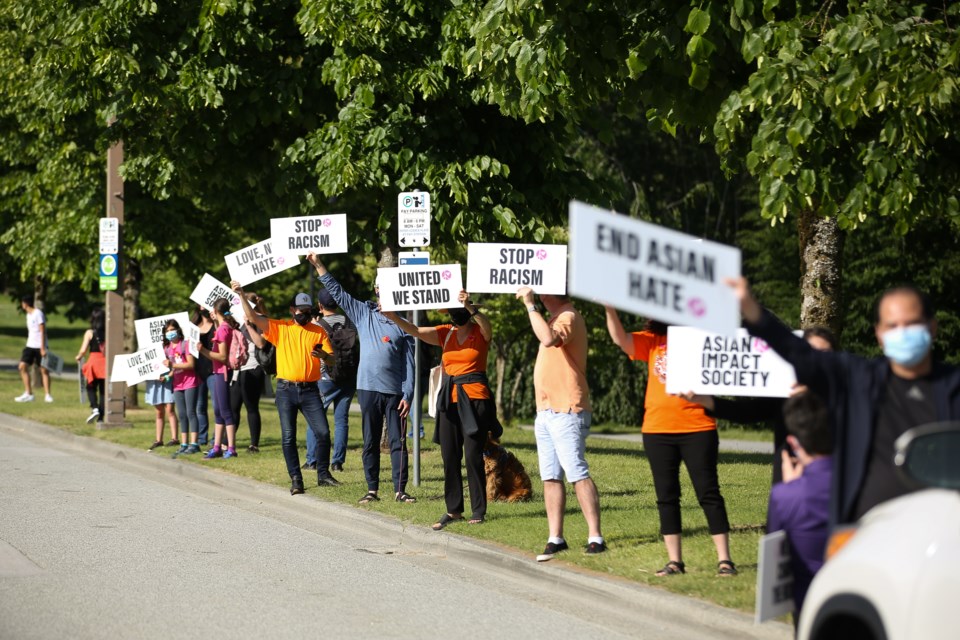 The newly created Asian Impact Society held its first rally at Town Centre Park in Coquitlam, on May 31 — the same day as the council-in-committee meeting.BUTTER STUDIOS

Coquitlam council last month reaffirmed its stance against racism and discrimination in the community and the workplace.

But it stopped short of endorsing an international initiative to help local governments to promote human rights, foster equality and combat racism and discrimination.

At the May 31 meeting of council-in-committee — as city hall flags were at half-mast after the remains of 215 children were found near a Kamloops residential school — deputy city manager Raul Allueva said the municipality wouldn’t be following the Canadian Commission for UNESCO Declaration to join the Canadian Coalition of Municipalities Against Discrimination (CCMARD).

The Federation of Canadian Municipalities, which wrapped up its annual convention on Monday, has also encouraged its members to join the UNESCO coalition that was launched in 2004, and sign the declaration as well as its 10 commitments.

The coalition document was brought forward by the city’s Multiculturalism Advisory Committee (MAC) in 2019; however, city staff weren’t able to address the topic due to other work priorities in 2019 and the pandemic last year.

Allueva told the committee that the city has already made a number of commitments that mirror the CCMARD goals including adopting a Respectful Workplace policy. The city also belongs to the Tri-Cities Local Immigration Partnership and other service groups.

“We certainly have heard the message,” he said.

Allueva confirmed that council has made Diversity, Equity and Inclusion (DEI) as a top business priority this year.

According to the city’s communications department, that includes:

“It can be anticipated that there will be future reports and updates on this important initiative as work progresses,” said communications manager Kathleen Vincent, in an email to the Tri-City News.

Still, Coun. Brent Asmundson said while the city’s goals are laudable, he voiced concern about reaching DEI quotas for housing and employment.

But Coun. Steve Kim said he’s “excited that we’re having this discussion…. I think this is the crucial time” to build a strategy for the city.

And Coun. Bonita Zarrillo, a federal candidate for the NDP in Port Moody-Coquitlam, said nearly half of Coquitlam residents are of Asian descent and “we have an obligation to all of our community that everybody’s safe.”

Zarrillo called for the city to create a safe space for residents who feel discrimination or racism to report a hate crime. “A lot of times, they don’t want to phone 911,” she said.

New Tri-City non-profit against anti-Asian hate to host rally at Coquitlam’s Lafarge Lake
May 29, 2021 11:35 AM