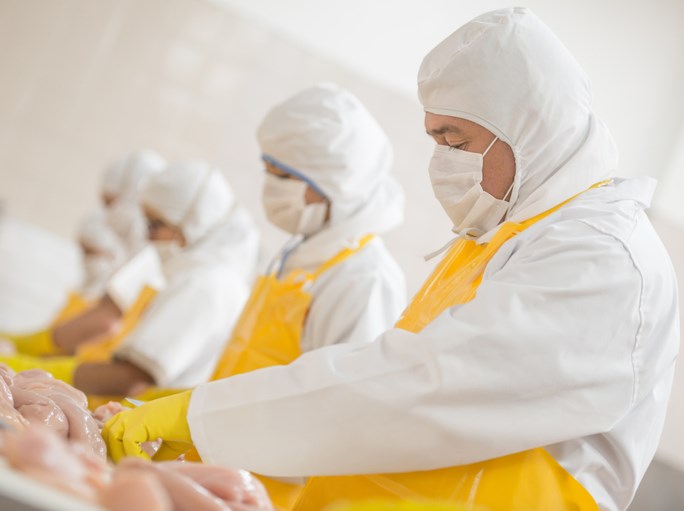 Workers in a poultry plantGetty

A day after 28 poultry workers at a processing plant in Vancouver tested positive for COVID-19, Fraser Health said it has not seen any positive cases at similar facilities in the Tri-Cities.

“We haven’t identified any crossover,” said Dr Martin Lavoie in a call with reporters Wednesday.

The Tri-City News reached out to several poultry processing facilities in Coquitlam and Port Coquitlam, and while none of them returned calls, a union representing poultry workers in Port Coquitlam confirmed that, to date, no cases have been brought to their attention.

“The union has worked closely with health and safety committees to ensure there is increased physical distancing between workers, increased sanitation practices, and time off for any employee who is sick,” wrote UFCW 1518 press secretary Eva Prkachin in a press release.

Since provincial health officer Dr. Bonnie Henry announced the cases at the United Poultry Co. Ltd. plant in east Vancouver Tuesday, the facility has been closed.

In her daily press briefing April 22, Henry and Minister of Health Adrian Dix emphasized the need to stay home and away from the work place.

That message was echoed by Premier John Horgan Wednesday, who said he was planning a meeting with Labour Minister Harry Bains and WorkSafe BC officials to discuss sick pay provisions.

In a news release, Vancouver Coastal Health says the Canadian Food Inspection Agency has determined a recall of chicken products from the plant is not required.

— with files from The Canadian Press