No slowdown to ERH expansion

Construction to start this year at Port Moody hospital despite withdrawal of land sale plan
Jul 10, 2018 3:34 PM By: Diane Strandberg 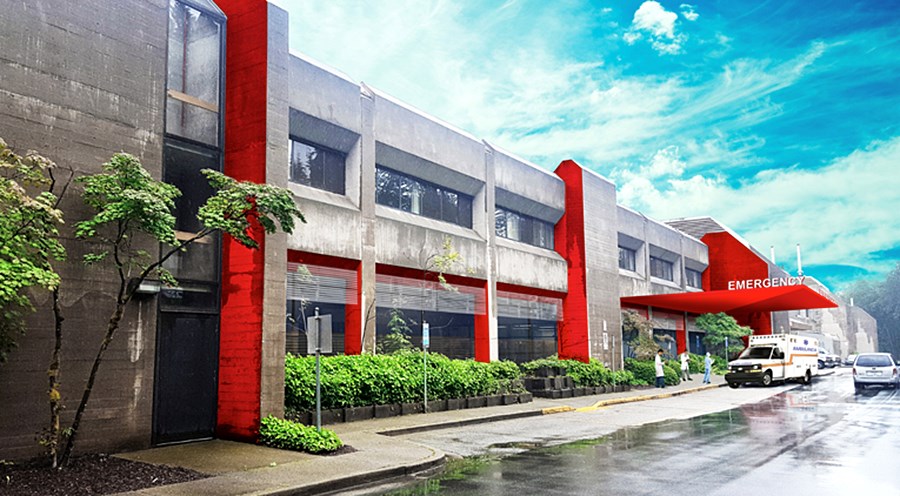 A planned $27.6-million expansion of the Eagle Ridge Hospital emergency department will go ahead despite the shelving last week of plans for selling two parcels of hospital land.

Monday, Fraser Health confirmed that construction will begin this year on a project that will more than double the capacity of the emergency department, add new isolation rooms for infection-control measures plus two new trauma resuscitation bays.

Confirmation of the long-awaited expansion to meet the needs of a growing community comes as the health authority re-evaluates plans for selling off two parcels of land for housing after community pushback, including unanimous opposition by the city of Port Moody’s planning advisory committee.

But according to Fraser Health spokesperson Tasleem Juma, Fraser Health has not pulled back on its commitment to upgrade the hospital, and has, in fact, proceeded with a number of projects.

“As we prepare to expand our services, we are renovating space in the hospital and relocating some units,” Juma, stated in a press release.

Fraser Health had been in the early stages of seeking an amendment to PoMo's official community plan to allow it to sell the parcels for the development of 427 residential units when it withdrew the application.

At the recent planning advisory committee meeting, some councillors expressed concern the land sale and hospital expansion were inextricably tied, resulting in a feeling of “blackmail” if the city didn't approve it.

But according to Fraser Health, redeveloping the land was part of a “broader vision” for health care services in the community, which includes a community health centre, expansion of residential care and other hospital services. The emergency department upgrade, of which Fraser Health is committed to paying $22.6 million and Eagle Ridge Hospital Foundation the remaining $5 million, was part of a larger vision.

Meanwhile, Port Moody-Coquitlam MLA Rick Glumac is calling on Fraser Health to begin a public process to develop a long-term plan for the hospital, calling the current list of projects a “medium-term” plan, and raising concerns about what he believes is a lack of transparency on how the emergency room is to be funded.

He told The Tri-City News the issue is that a promise was made to expand the ERH ER without making it clear how that was going to be paid for, he said.
"Now we’re in a new government, we have to deal with that. The reality is, it’s needed, and we have to do it and it’s not contingent… on this land sale, but the land sale was something Fraser Health [needed] to pay for a wide array of projects.”

And while Glumac said he doesn’t think selling public land to pay for capital projects is the best way forward, he believes involving the public from the start is a good move.

“It’s important I think, when we’re talking about something as big as a public land sale, it’s important to be as clear as possible," Glumac said, "and hopefully that will be the case going forward, so that people understand very clearly what’s going on.”

According to the Ministry of Health, the government does not require health authorities to fund capital projects but allows them to routinely review their inventory of land to determine which sites are required to meet future demand for health care services and which sites are surplus to their future needs.

“Sites determined by the health authorities to be surplus are reviewed by the Ministry of Health and the provincial government to see if there are any alternative government uses for the site,” a media spokesperson stated in an email to The Tri-City News. "If an alternative use is identified, the property would generally be transferred accordingly. If no alternative uses are identified, the health authority may seek approval by the Minister of Health to dispose of the property under the Hospital Act."

After consulting with First Nations, health authorities can sell land and use the money to pay for the delivery of health care services, including contributing to the cost of a capital project, according to the statement.