Opinion: B.C. in danger from those with 'vaccine hesitancy' 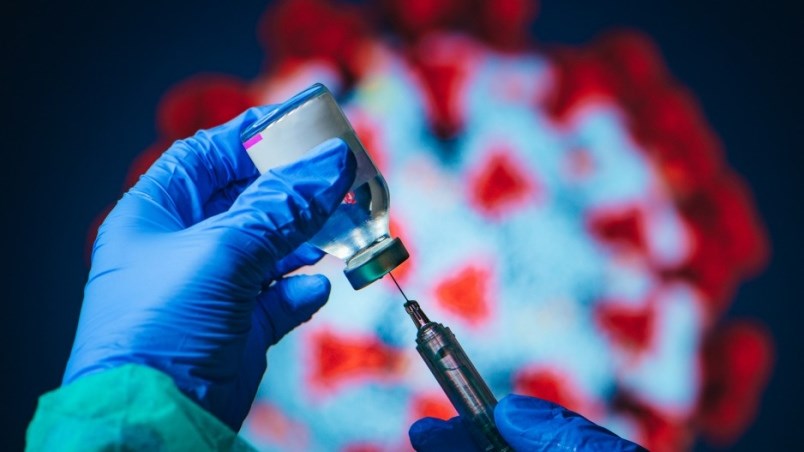 Not everyone in British Columbia will get the COVID-19 vaccine and therein lies a significant problem, says columnist Keith Baldrey. Photo via Getty Images

Now that the first COVID-19 vaccine has started arriving in this country, the end of the pandemic is starting to come into view.

We will be wearing masks and keeping our physical distance for a long time, even when we get to the point of establishing herd immunity. Too much remains unknown about the COVID-19 virus and much about it has yet to be learned.

Also near the head of the queue:

- About 20,000 other front-line health-care workers (those who work in ICUs, ERs and COVID-19 treatment hospitals).

-  About 35,000 people who live in rural Indigenous communities and places where people congregate in numbers, such as homeless shelters and encampments where transmission of the virus is problematic.

Starting in April, other groups will join the queue. These will include some essential-service workers, such as first responders, teachers and those involved in transportation, manufacturing and supply chain needs such as groceries.

In addition, the age requirement for receiving the vaccine will gradually lower in five- to 10-year increments. Essentially, the older you are the sooner you will get your shot.

The goal is to have everyone vaccinated by September.

Nevertheless, of course, not everyone will get the vaccine and therein lies a significant problem.

A recent Angus Reid poll suggested 13% of British Columbians did not intend to get vaccinated, while 41% wanted to “wait and see” how things turned out for those who went first.

This is somewhat alarming, given that we need at least 70% of the population inoculated in order to stop the virus from spreading with such virulence and for it to potentially die out.

Hopefully, as literally tens of thousands of people get their shots in the coming weeks that “vaccine hesitancy” will subside and we can make that September target of near-total participation.

Of course, it is not unusual for people to be suspicious of something new or largely untried, even when it comes to vaccines. For example, the introduction of the polio vaccine in the mid-1950s was not without its challenges (the U.S. temporarily shut down its vaccination program after some botched vaccinations in California).

However, few of us (other than the fringe anti-vaxxers) would argue the polio vaccine was a failure or dangerous in any way.

So get ready to roll up your sleeve. Depending on your job and your age, you will be able to receive the vaccine sometime in the coming nine months.

If enough of us get those shots (a second shot at least three weeks after the first is also required) we may finally be able to get some sense of normalcy back in our lives.