‘Our little home is closing,’ Port Coquitlam Starbucks caught up in sweeping closures

Starbucks next to Port Coquitlam city hall latest in the Tri-Cities to shut down; mayor hopes 'unique' business will move in to take advantage of downtown revitalization plans
Jan 24, 2021 7:22 AM By: Diane Strandberg 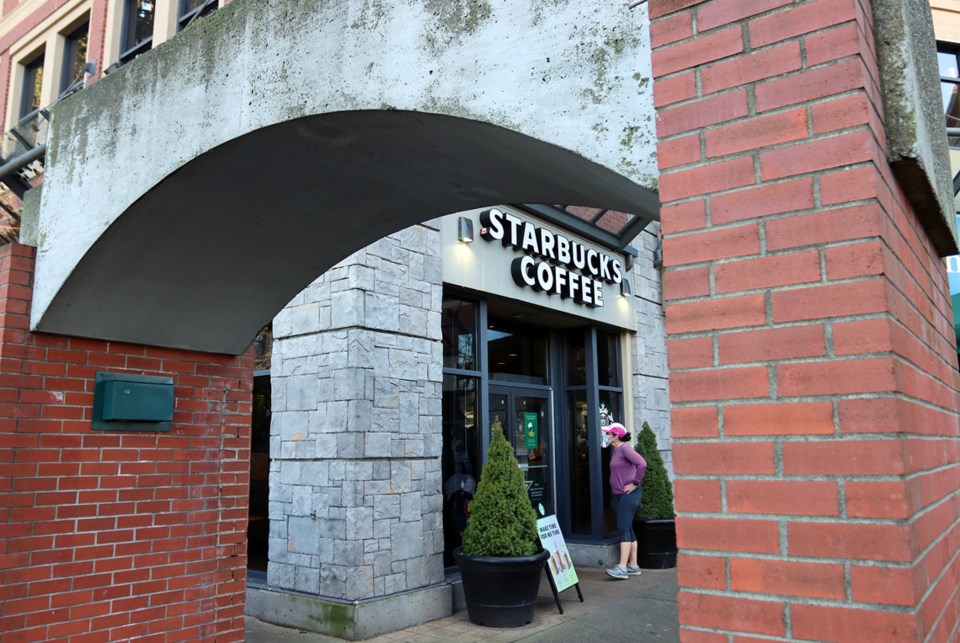 A customer waits to get into the Starbucks next to Port Coquitlam's city hall. The outlet is one of up to 300 to be closed by the company in the coming months.MARIO BARTEL/TRI-CITY NEWS

A popular Starbucks coffee shop next to city hall in Port Coquitlam is closing at the end of the month as the coffee giant looks to reorganize its retail stores over the coming months.

And while the approximately 20 staff have new posts at other Starbucks shops in the city, one long-time employee expressed disappointment that the tiny store next to Veterans Park is shutting down.

“Our little home is closing,” said Leah Whitmore, who is transferring to another Starbucks at the Prairie Avenue and Coast Meridian location on the city’s north side.

The upcoming closure drew a range of comments on the Port Coquitlam community Facebook page recently, with some mourning the closure of the long-time coffee shop and others noting that coffee can still be purchased in the city’s downtown, including at Waves Coffee Shop and at Daniel Chocolates Cafe on Marpole Street.

The city’s mayor said the coffee shop will be missed, especially by those frequenting city hall, but said he hoped a new and “unique” business would move in that would be part of the city’s revitalization plan for the area.

Brad West said changes planned for McAllistair Avenue — which will transform the historic downtown street into a walkable, tree-lined road — will draw people into the city centre.

The $4.5 million project is expected to start this year, said the mayor, and plans are in the works to upgrade Veterans Park, where the cenotaph is located, and nearby Leigh Square.

“It’s a cool opportunity. It’s a great location for a new and unique business to kind of get a front row seat on those things that are going to happen,” West said.

But for staff who work at the Starbucks, it’s been sad to say goodbye to some of the regular customers.

Whitmore, who has worked at the shop for two years, says she understands the company’s efforts to transform, with more drive-thru options and a focus on grab-and-go. Still, she said, the city hall Starbucks had been a busy place until COVID-19 took its toll on the business.

“The community is sad, a lot of people are regulars,” she said.

Starbucks is reportedly closing up to 300 Canadian stores by the end of March.