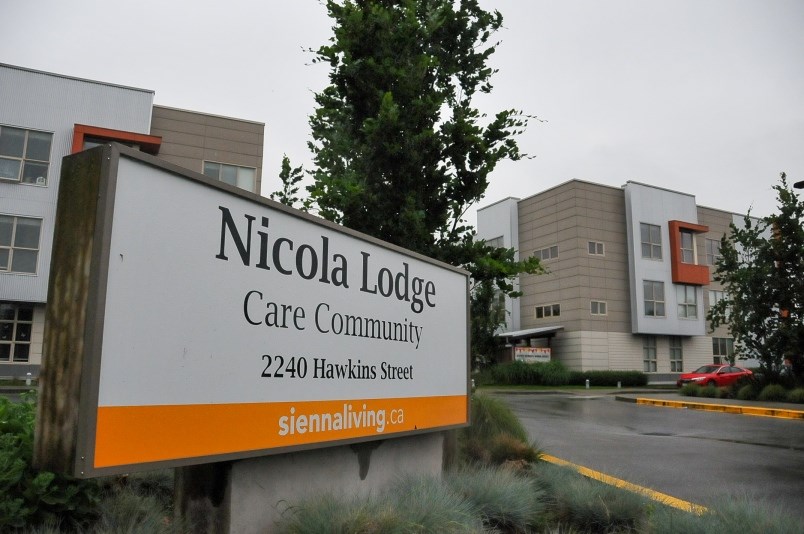 Nicola Lodge in Port Coquitlam isolated a single case of COVID-19 in late May. Just how the virus entered the facility is not clear.STEFAN LABBÉ/THE TRI-CITY NEWS

The only ongoing COVID-19 outbreak at a Tri-City long-term care home has been declared over.

There are now five long-term care or assisted-living facilities and one acute-care facility with active outbreaks in the British Columbia, said Provincial Health Officer Dr. Bonnie Henry in a written statement Friday.

"There have been no new health-care facility outbreaks and the outbreak at Nicola Lodge has been declared over,” she said.

Fraser Health first identified a case at Nicola Lodge on May 27, after which the resident was put into isolation in long-term care.

Since then, no other cases have been reported at the facility. However, of the 37 long-term care and retirement homes Nicola Lodge's parent company, Sienna Senior Living, runs in Ontario and British Columbia, 16 have documented COVID-19 outbreaks.

The company is now facing a $20 million class action lawsuit filed on behalf of family members after serious allegations of neglect, incompetence and abuse surfaced from whistleblowers and in a damning military report.

In the report, which includes one of Sienna Living’s Scarborough facilities where over 50 residents died, Canadian forces personnel detail "horrific" allegations of insect infestations, aggressive resident feeding that caused choking, bleeding infections and residents crying for help for hours.

On June 4, Sienna Living announced it would be conducting a “sweeping set of initiatives” aimed at protecting residents, including hiring Ontario’s former Deputy Attorney General to carry out “an immediate, company-wide review into the policies, practices and culture” at its care facilities.

“As part of the investigation led by Mr. Boniferro, any residences that raise red flags will be identified and addressed,” wrote a spokesperson for Sienna Senior Living in a press release.

Nicola Lodge was the third nursing home in the Tri-Cities to be hit by the coronavirus.

Dufferin Care Centre in Coquitlam suffered nearly two dozen cases, including four deaths, and Shaughnessy Care Centre in Port Coquitlam had was declared over April, but not before the novel coronavirus took one resident’s life and infected three others.

— with files from Chuck Chiang