The outbreak at the Mayfair Terrace Retirement Residence, located at 2267 Kelly Avenue, was first revealed Oct. 28 and marks the first return of COVID-19 to a Tri-City Care home since June.
Oct 29, 2020 4:00 PM By: Stefan Labbé 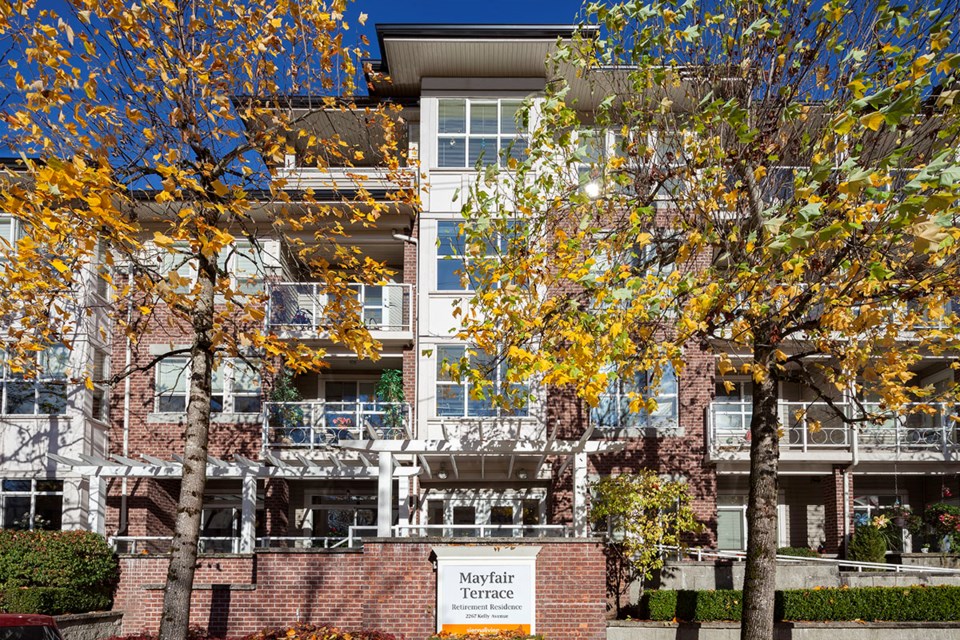 A care home in Port Coquitlam has declared an outbreak of COVID-19 after a single resident had a test come back positive.

The outbreak at the Mayfair Terrace Retirement Residence was first revealed by provincial health officer Dr. Bonnie Henry at a press conference Thursday.

The Port Coquitlam home is one of two new outbreaks declared at senior care homes Thursday, bringing the total to 17 across Fraser Health.

This is the first outbreak in a Tri-Cities care home since the Nicola Lodge care home in Port Coquitlam declared an end to its outbreak on June 26.

Earlier in the pandemic, Dufferin Care Centre in Coquitlam suffered nearly two dozen cases, including four deaths, and Shaughnessy Care Centre in Port Coquitlam declared its outbreak over in April, but not before the novel coronavirus took one resident’s life and infected three others.

Like Nicola Lodge, Mayfair Terrace is run by Sienna Living, a company that has come under fire and a multi-million dollar law class action lawsuit filed on behalf of family members after serious allegations of neglect, incompetence and abuse surfaced from whistleblowers and in a damning military report.