The owner of a Port Moody home where a fire in 2016 killed a woman and displaced her six children will get more time to fix the damaged structure.
Jul 31, 2020 10:30 AM By: Mario Bartel 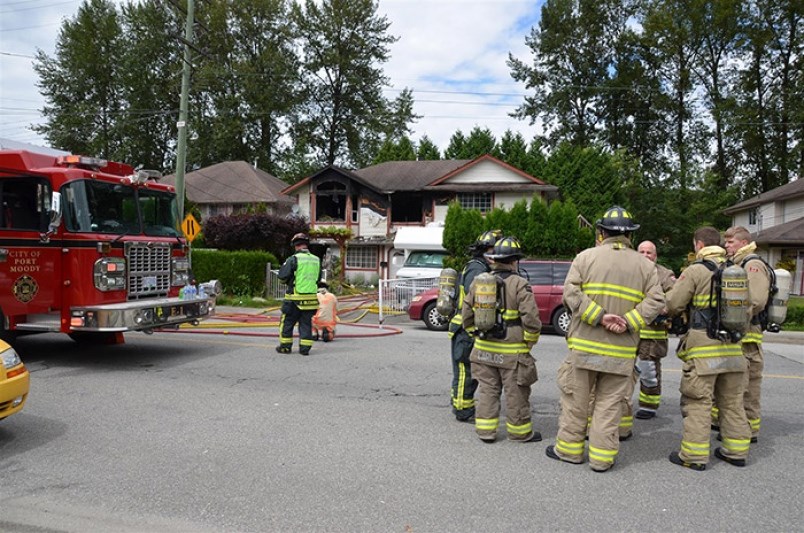 The owner of a Port Moody home where a woman died in a fire four years ago is hoping to fix it up and turn it into two affordable rental units.

The owner of a Port Moody home where a fire in 2016 killed a woman and displaced her six children will get more time to fix the damaged structure.

At its meeting Tuesday, council agreed to a staff recommendation that Arian Soheili be given until the end of the year to abide by a remedial action order he was issued last May to clean up the property at 3338 Dewdney Trunk Rd. up or have it demolished by the city at his expense.

In a report, Port Moody’s senior bylaw enforcement officer, Patrik Kolby, said “substantial” work had been completed since then, including the removal or replacement of fire-damaged windows, siding, roof, gutters, fascia and other features. He added rubbish and building debris has also been cleared from the site.

“This has eliminated the obvious evidence of the fire that occurred there nearly four years ago,” Kolby said.

Council issued the remedial action order after the city had received numerous complaints about the state of disrepair at the property.

Coun. Steve Milani said the charred home was a constant reminder to the neighbourhood of the tragic events that unfolded on a Sunday afternoon in July, 2016, when the woman perished and five of her children had to escape out a second floor window with the help of neighbours who hoisted a ladder. Another wasn’t home at the time. A man was subsequently charged with second-degree murder and eventually convicted last year.

On June 6, Soheili asked for more time, saying he’d been bogged down by the demands of his full-time profession in information technology as well as permitting delays caused by the COVID-19 pandemic.

Two weeks later he told council he was making progress on renovations to the home, which he plans to subdivide into two rental suites, and he’d made good on fines levied for the unsightly premises.

In his report, Kolby confirmed a permit for fire restoration work had been issued by the city on June 9 and considerable work completed since then “to address the most egregious aesthetic issues with the home and property.”

But, he cautioned, given the long time it took to get to that point, the remedial order shouldn’t be rescinded entirely.