Breakfast, they say, is the most important meal of the day and this is set to ring true for Tri-Cities' residents that access the SHARE Food Bank.

Thanks to young minds and helping hands, along with some friendly competition, students at École Banting Middle School spent all of April collecting cereal boxes in a new initiative for the benefit of the community and their own mental health.

Altogether, 2,001 boxes were brought in for the Cereal-sly Charitable Fundraiser, four times its initial goal of 500 boxes. and were hauled by SHARE to its storage in Port Moody today (May 3).

The event was organized by Tiana Chan, a first-year Grade Six-and-Seven teacher at the French immersion institution.

She tells Tri-City News it was important to give the kids a chance to participate with their friends and the school's community in boosting their overall well-being during COVID-19.

“I’m doing my masters and thought that since this year has been so tough for so many people, and since the kids haven’t really had the opportunity to connect with each other, that I would organize this event to spark some joy back into the kids, as well as a little competition,” said Chan.

“It wasn’t only a great chance to fundraise some food for people in the community, especially during this COVID time, but also to help the kids in the school be part of something, even though they’re so isolated from each other this year.”

According to SHARE’s delivery drivers, this may be the biggest single donation pick up in its 20-year history.

One class collected 510 boxes, the most among other Banting classes, while one family dropped off nearly $450 worth of cereal on Friday (April 30) after purchasing them for the fundraiser (see photo below).

Before loading them onto the truck, the boxes were formed and tumbled along a long domino line in the school’s gymnasium, much to the delight of teachers and students. 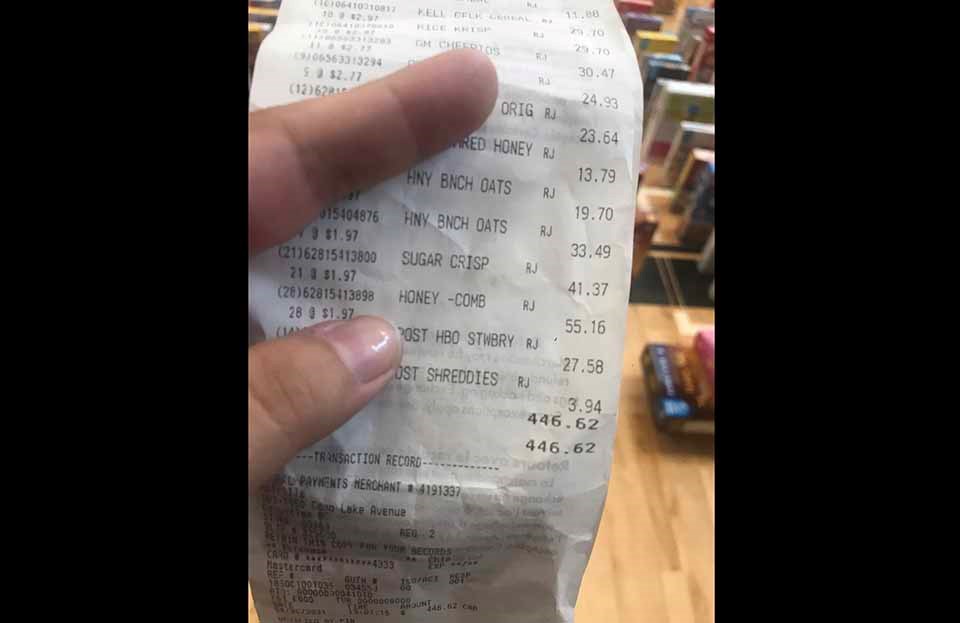 Prominent Coquitlam corner about to undergo a transformation
Feb 7, 2023 4:00 PM