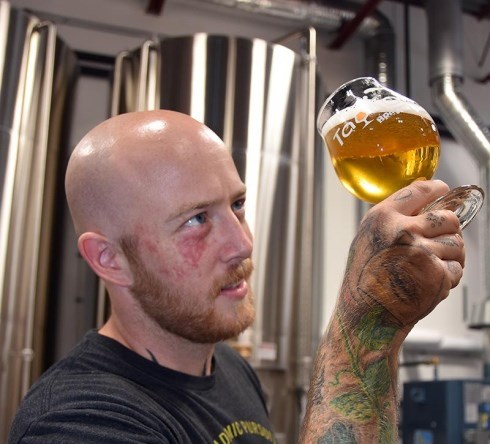 The number of lounge seats at Port Coquitlam microbreweries may soon double.

Next Tuesday, the city will hold a special council meeting to consider first and second readings of a zoning bylaw change that would see the capacity in the tasting rooms jump from 25 to 50 seats.

“Merry Christmas Port Coquitlam,” said Mayor Brad West, who campaigned to raise the seating limit. “I said in the election I wanted this addressed and we will be moving very quickly to have this done in time for the holidays.”

If formally green-lighted by council at its Dec. 11 meeting, the hike would immediately apply to the liquor manufacturers currently with lounge endorsement areas: Northpaw; Taylight; Tin Shed, which is due to open next year; and Provincial Spirits.

West said city staff are recommending 50 seats because, at 100 seats, more provincial rules kick in for parking and washrooms requirements, among other regulations.

As well, city staff say bigger lounge areas in industrial zones aren’t “in keeping with policies” for the neighbourhood.

Still, craft brewery owners can apply to the city for more than 50 seats if they can show their location won’t impact surrounding businesses.

West said a couple of establishments have already hinted they plan to raise the bar as they built their tasting rooms — and scouted the area for extra parking stalls — anticipating a future policy change.

Taylight, which is owned by Geordie Anderson, Cameron Taylor and Barry Wright, told The Tri-City News today (Friday) said they configured for a bigger lounge when they set up shop along Kebet Way, in July.

With the 25-seat restriction, “we’ve had lineups outside sometimes,” the owners wrote in an email. “It makes for interesting conversations with customers as they don’t understand the reasonings especially when we clearly have the space for it.”

West said he sympathizes but noted PoCo’s progression to get to a higher-seating level is faster than Port Moody’s, which has four craft breweries on Murray Street: Yellow Dog, Moody Ales, Twin Sails and Parkside, collectively known as Brewers Row.

“This is a new and exciting industry in Port Coquitlam that’s about to take its next step,” West said. “I don’t believe this is the end of the journey. They’re continuing to look at ways to bring in more customers and the city wants them to excel because they’re exceedingly popular with our residents and we’re going to be along as their partner.”