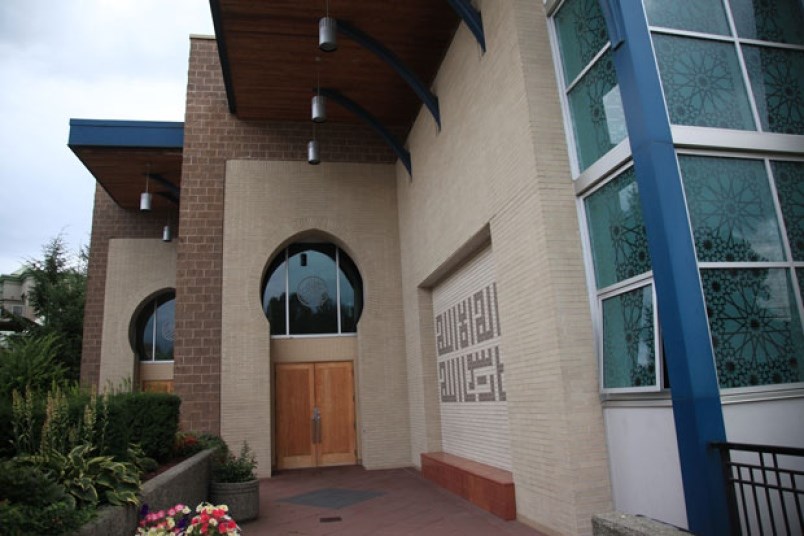 The Port Coquitlam mosque that was recently cited for financial irregularities — and possible ties to overseas funders linked to militant Islamist group Hamas — is expected to receive a $53,000 grant from the federal government this week.

The Port Coquitlam mosque that was recently cited for financial irregularities — and possible ties to overseas funders linked to militant Islamist group Hamas — is expected to receive a $53,000 grant from the federal government this week.

The funds are part of a program launched by the Ministry of Public Safety and Emergency Preparedness designed to improve security for communities at risk of hate-motivated crimes. According to a ministry spokesperson, the money will be used to purchase and install CCTV cameras and an alarm system at the Masjid Alhidayah and Islamic Cultural Centre on Kingsway Avenue.

“[The Security Infrastructure Program (SIP)] is providing funding for the Islamic Society of British Columbia… to make a number of security improvements to address the threats they face,” said Scott Bardsley, a press secretary with the ministry, in an email. “The society is eligible to receive funding under the terms of the program.”

Last May, the society, which operates the PoCo mosque, was fined $9,120 after a Canada Revenue Agency (CRA) audit covering 2011 to 2013 turned up thousands of dollars in financial irregularities and at least $127,000 in questionable expenses by former director Saadeldin Bahr.

“A majority of the expenses, which Mr. Bahr paid for using his credit cards and were then subsequently reimbursed, appeared to be for personal use, and, in our opinion, constitute an undue benefit,” the CRA stated in its notice of penalty.

Bahr stepped down from the board last May after he was sentenced to three and a half years in prison for sexually assaulting a woman at the mosque in 2013.

But three of the four board members who were in place when the dubious spending occurred — Fateh M. Niaz, Firoz Miyanji and Faizel Ismail Kathrada — are still overseeing the society’s operations, according to the CRA.

The CRA also noted that the society’s links to the Eid Foundation, an organization based in Qatar that is a member of the Union of Good. In 2008, the U.S. Treasury Department stated the Union of Good was “created by Hamas leadership to transfer funds to the terrorist organization.” Hamas is also currently designated a listed terrorist entity by the government of Canada.

The Islamic Society of BC told auditors that it only had limited ties to the Eid Foundation but the CRA noted both entities shared directors. As well, an employment contract for the hiring of one-time PoCo imam Ayman El Najjer was negotiated with funds from the Eid Foundation and was written on foundation letterhead.

Bardsley told The Tri-City News this week that despite the allegations, the PoCo society continues to be a registered charity. The CRA has chosen not to revoke its status, he said, meaning the society is eligible for the $53,000 in grant money.

“Our government takes allegations of links to organizations that support terrorism very seriously,” Bardsley said in an email. “The resources of a charity should not be directed by a terrorist entity. If the Canada Revenue Agency finds that an organization is involved in activities that contravene the act, it responds accordingly.”