The pilot program puts Port Coquitlam at the forefront of initiatives to make public spaces more open to people during the COVID-19 pandemic.
Jun 10, 2020 2:54 PM By: Diane Strandberg 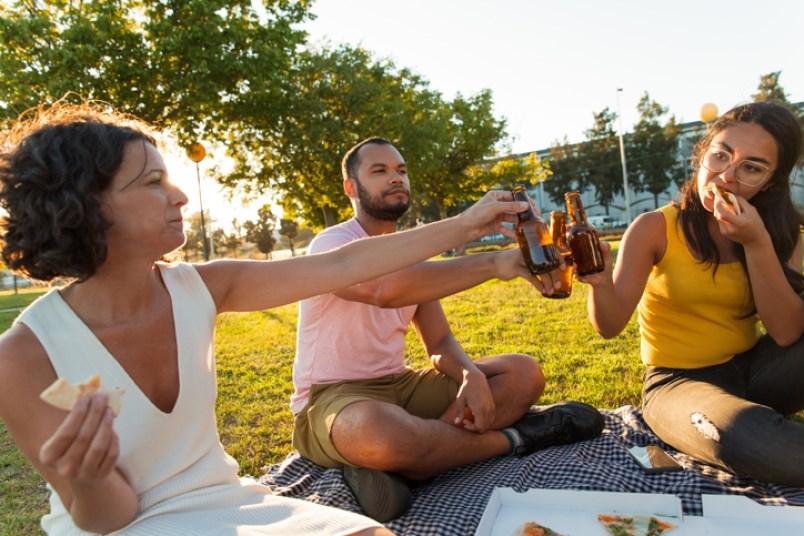 Port Coquitlam has moved to allow the consumption of alcohol in city parks, one of the first municipalities in the province to do so.GETTY IMAGES

Port Coquitlam residents can now share an alcoholic toast in their neighbourhood park after city council approved a pilot program for booze in public parks for the summer.

Bylaws to enable Port Coquitlam’s pilot project will come to the June 23 council meeting for a vote, which means responsible drinking of beer, wine or spirits could be permitted at the seven parks as soon as June 24.

Under the Liquor Control and Licensing Act, municipalities may allow beer, wine and spirits in public spaces, as long as it is within proscribed hours and within an area designated by signs.

The move puts Port Coquitlam on the forefront of initiatives to make public spaces more open to people during the COVID-19 pandemic.

Still, if the pilot's approved it doesn’t mean imbibers can get drunk, unruly or drive while impaired.

RCMP, parks staff and bylaw officers will monitor the parks as part of their regular surveillance and will respond to complaints about irresponsible behaviour.

The participating parks are Castle, Settlers, Gates, Lions, Aggie, Evergreen and Cedar Drive with the pilot in place through to Oct. 31.

Of course, to drink alcohol in a PoCo park one must be of legal drinking age.

“While this adds to the experience at some of our parks, it is a pilot and we’ll be watching to make sure the parks are comfortable for everyone,” stated Coun. Steve Darling in a press release.

Darling, who is council’s designate for recreation and public safety matters, further stated that the city expects people to behave as they would at a restaurant or other catering, including being respectful of others and planning for a safe way home.

After the pilot ends on Oct. 31, staff will report back to council with a recommendation on whether to continue the initiative — expand it to other parks or cancel it.

The city will be seeking feedback on the pilot project and will share further information about how input can be provided once the bylaw changes are adopted.

Mayor Brad West said further in a press release that the initiative is one of a number of ways the city is encouraging people to stay connected during the pandemic, especially for those who live in apartments and townhouses without access to yards and large patios.

“This is part of our continued common sense approach and I’m pleased to see this going forward. We’ll be joining the many cities around the world that already allow adults to consume alcohol responsibly at parks,” West stated.

The move by the city follows close on the heels of several other B.C. municipalities weighing the question of whether to loosen the restriction of alcohol in public spaces.

Earlier this month, the city of North Vancouver became the first jurisdiction outside of Quebec to allow public consumption of alcohol.

And while in Vancouver was one of the first in the metro area to publicly broach the prospect of a tipple in the park, council shot down the motion following a vote that ended in a 5-5 tie and an absent mayor to break it.

During Vancouver council’s deliberations on the matter, the city’s chief medical health officer warned the pandemic has had a great effect on the mental health of Canadians and that evidence showed 25 per cent of Canadians were drinking more alcohol.

That was especially concerning in B.C., said Dr. Patricia Daly, as the province has the highest per capita alcohol consumption rate in Canada and is home to a “significant binge-drinking culture.”

— with files from Brent Richter and Mike Howell