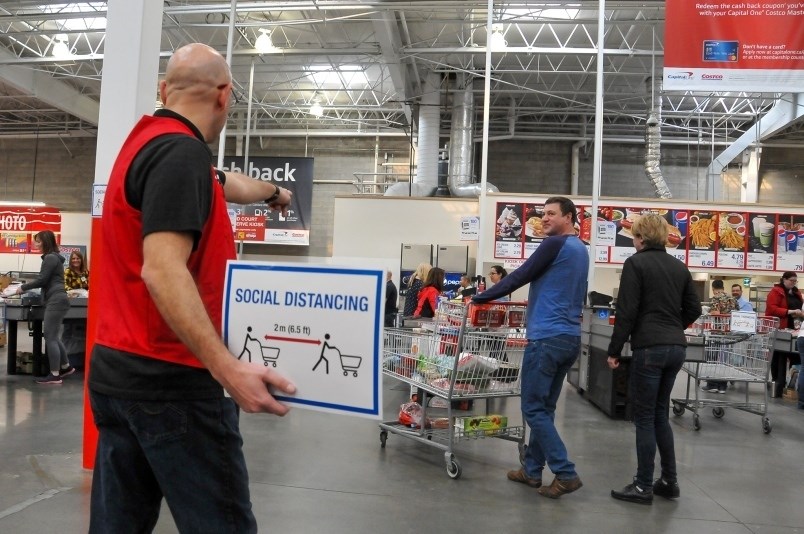 The Port Coquitlam Costco has made a number of changes to how it operates since the COVID-19 pandemic began.

A worker at the Costco in Port Coquitlam has tested positive for COVID-19, according to an internal memo seen by the Tri-City News.

According to the memo, the employee last worked Oct. 25. The memo adds that the company had contacted health officials and was undertaking additional sanitation and cleaning protocols.

But in conversations with staff, concerns have been raised over the level of transparency when cases of COVID-19 have been isolated among workers.

“Having COVID is not a sin. Why keep it so confidential? We just want people around us and the shoppers to be aware if they have symptoms,” said one worker, who asked to remain anonymous for fear of workplace repercussions.

Costco Canada has not responded to multiple requests for comment.

The anonymous employee said management refused to disclose which department the person with COVID-19 belonged to, though employees quickly ascertained who was self-isolating.

In a conversation with employees, management told staff for the first time this was the third case of COVID-19 at the branch since March, according to the employee.

“The company is really trying this time,” said the worker, noting there’s frustration among those who work in the same department with the infected employee and who regularly share computers and phones.

“But we find it weird, why are none of us contacted?”

“I would have self-isolated, I wouldn’t have seen friends and family. They should be transparent. What about the people who shop at Costco?”