Cannabis Culture is back in business after Coquitlam RCMP seized its products as evidence on Thursday afternoon.
Nov 25, 2016 12:48 PM By: Janis Cleugh 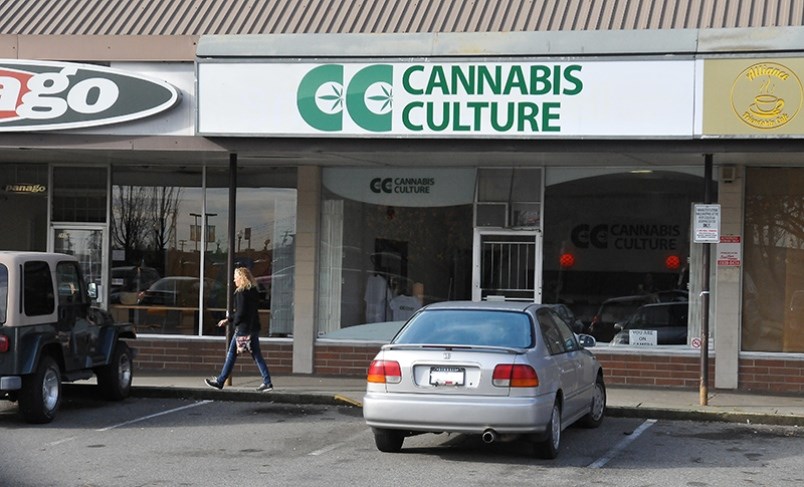 A Port Coquitlam pot shop is back open after it was raided by police Thursday.

Today (Friday), Coquitlam RCMP Const. Jamie Phillipson told The Tri-City News that officers executed a search warrant on Cannabis Culture — a store selling marijuana for recreational uses, in the strip mall next to Lions Park — at around 3 p.m. yesterday.

There was evidence to suggest the business was in contravention of the Controlled Drugs and Substances Act, he said.

No arrests were made; however, evidence was seized. The investigation continues.

"It's not lost on us that in parts of the U.S. it's legal but, as it stands in Canada, it's still a controlled substance and trafficking, cultivation and possession are crimes. That may change tomorrow but we are enforcing the law today," he said.

Cannabis Culture spokesperson Jodie Emery — wife of the so-called Prince of Pot Marc Emery — told The Tri-City News the PoCo site has also faced daily fines of $150 from the city for operating without a business licence.

She said Cannabis Culture has a mandate to reopen after police raids. Part of its mission statement reads: "We are committed to defending the civil liberties and freedom of cannabis consumers, growers and providers by campaigning to end unjust criminalization and persecution."

In an email to The Tri-City News, she wrote: "We believe in what we're doing so we don't close down unless the persecution and punishment becomes too heavy and harmful to our peaceful people who work in and operate the franchise locations.

"We make sure there are lawyers on retainer for every location to cover the costs of any arrested employees and to challenge the law in court when needed," she wrote. "That's the way all cannabis law reform has been won in Canada. We believe in peaceful civil disobedience to demonstrate what legalization should look like."