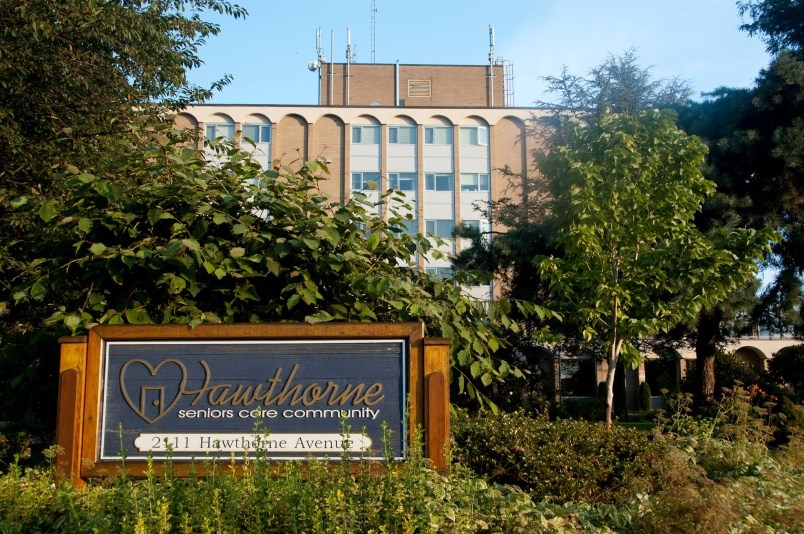 A Port Coquitlam seniors home battling two outbreaks across its long-term care and assisted living facilities has led to the deaths of three residents.

Of the 42 cases reported at Hawthorne Seniors Care Community since the first outbreak began in the assisted living facility Oct. 30, eight people continue to battle the virus.

In the home’s long-term care facility, one resident has died from the coronavirus and Fraser Health confirmed one staff member and one resident were still fighting the virus as of Tuesday, Nov. 24.

On the assisted living side where an outbreak was declared Nov. 3, two residents have died from the virus, a further three staff and three residents are actively fighting the virus there.

With the whole province under heightened restrictions to stem the transmission of the virus, outbreaks at the province’s seniors care homes continue to climb.

That prompted B.C’s seniors advocate Isobel McKenzie to call for rapid tests for staff at all long-term care homes. However, provincial health officer Dr. Bonnie Henry shot that idea down Monday, noting early hopes that rapid testing would provide an added layer of protection have been scuttled due to false negatives.

“We had a lot of really high hopes for some of these rapid tests, but what they’re showing is that period of time where people are sometimes most infectious, just before they start to show symptoms, is also the period of time where the tests work least well,” said Henry.

“So we’re in a bit of a conundrum right now.”