'She could have arrived at the hospital more than 24 hours earlier than she did, and this could have saved her life,' says sister
May 2, 2021 7:25 AM By: Stefan Labbé 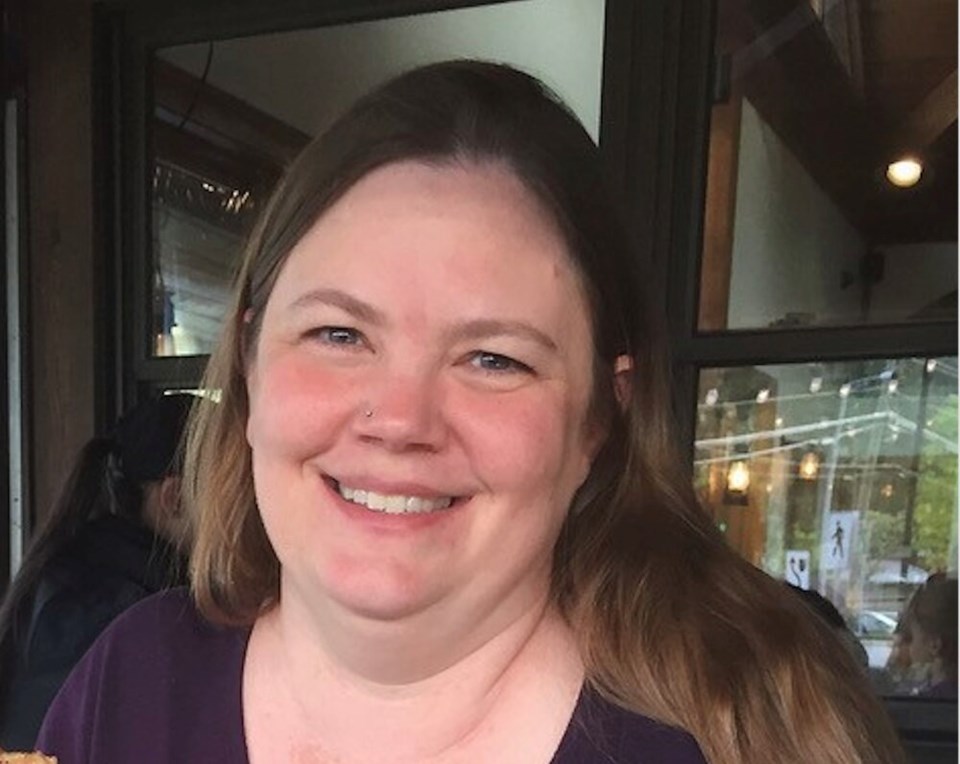 Anne-Marie Hutchins died August 26 after she was tested for COVID-19, told to self-isolate and delayed a hospital visit.Submitted

A Port Coquitlam woman whose sister died of a heart attack after visiting a COVID-19 testing centre is calling for Fraser Health to be held accountable after nursing staff failed to recognize the woman’s symptoms and told her to self-isolate.

On Aug. 25, 2020, Anne-Marie Hutchins was experiencing chest pains and difficulty breathing, so she went to a Chilliwack COVID-19 assessment centre to get tested, according to her sister Christine Hutchins.

When she arrived, nurses swabbed her and sent her home to await the results. According to the COVID-19 screening form seen by the Tri-City News, the attending nurse noted Anne-Marie suffered from tachycardia — a medical term that refers to someone with a heart rate above 100 beats per minute — but that no further medical assessment was required.

When the Chilliwack mother of two went home, the chest pains, light-headedness and shortness of breath continued. She became hypotensive and her heart rate skyrocketed, according to sister Christine Hutchins. Twenty-six hours later, Anne-Marie was rushed to hospital, and at 9:01 p.m. the day after she was told to go home, she was dead.

The COVID-19 test, in the end, came back negative. Hutchins had died of a heart attack brought on by coronary artery disease.

“She could have arrived at the hospital more than 24 hours earlier than she did, and this could have saved her life,” wrote Christine in an email, later adding: “She probably should have gone to the hospital, but our society wasn’t telling us to do that.”

In the eight months since, Christine has worked to get make sure the same medical oversights don’t take the lives of other British Columbians.

After learning of the facts surrounding her sister’s death, Christine petitioned health officials to make some meaningful changes. She sent a letter to 90 people and health care organizations, from the BC Centre for Disease Control and provincial health officer Dr. Bonnie Henry to federal politicians and even health authorities in the province.

Most of the responses she received directed her to Fraser Health’s Patient Care Quality Office.

Part of the health authority’s answer, said Christine, was positive: in response to Anne-Marie’s death, Fraser Health now supplies every one of its COVID-19 testing centres with blood pressure cuffs and pulse oximeters.

Other changes noted in the response from Fraser Health include a warning on the health authority’s website and at testing clinics that now tell patients to call 911 or go directly to the nearest emergency department if they suffer severe breathing difficulty, chest pain, have a hard time waking up, feel confused or have lost consciousness.

But Christine says Fraser Health has not gone far enough, and worries that it hasn’t put into place procedures that ensure a health worker's lapse in judgment won’t lead to another unnecessary death.

“Despite the changes made at Fraser Health, they still aren’t taking ownership of what happened there,” said Christine. “They’re still providing a justification why they didn’t send her to emergency.”

Hutchins was hoping Fraser Health would follow fully through on the family’s concerns and that she would be able to lobby health authorities across the province to follow suit.

Now she’s not so sure.

“All I wanted was a little bit of accountability. Then my mom and I would have taken it to the province,” said Christine.

“My sister was a person who really fought for what she believed in. Because she’s not here and can’t speak up, I feel like I have to for her.”

She added: “That’s the part that’s disappointing for me. I feel like we haven’t reached our goal in the end.”