Port Moody city councillor Zoe Royer is hoping to win the nomination to run for the federal Liberal party in the riding of Port Moody-Coquitlam.
Jun 11, 2021 8:35 AM By: Mario Bartel & Diane Strandberg 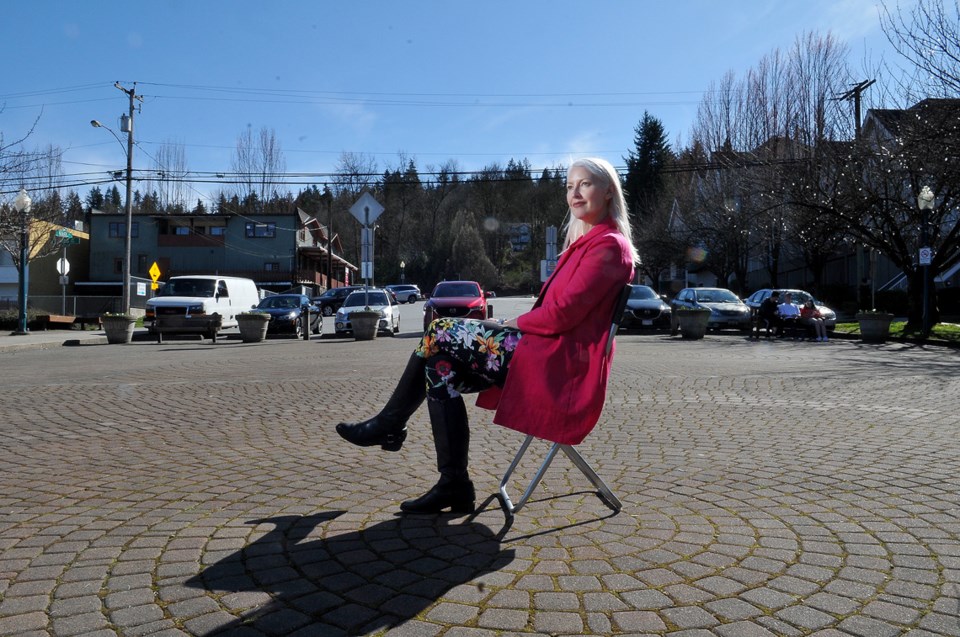 An artist herself, Port Moody councillor Zoe Royer is a fierce advocate for the arts in the city. She said one of her reasons for seeking the federal Liberal party nomination in the riding of Port Moody-Coquitlam is the party's commitment to diversity and gender parity.MARIO BARTEL/THE TRI-CITY NEWS FILE PHOTO

A Port Moody councillor is looking to raise her political game.

Zoe Royer is joining the race for the federal Liberal nomination in the riding of Port Moody-Coquitlam.

The other candidates who’ve contacted Tri-City News about their intentions include Will Davis and Kyle Demes.

Royer, who is in her third term in municipal government, said that experience should serve her well if she gets the nod to run federally.

“As an elected councillor, handling local government challenges definitely prepared me to manage any situation with grace and a problem-solving approach,” she said, adding, “It’s about tenacity, collaboration and respectful dialogue.”

Royer said she’s been considering running for the federal Liberals since 2018. She said she likes the party’s people-first approach to governing.

“I want to be part of a caucus that not only cares, but continuously demonstrates their commitment to serve the interests of all Canadians.”

Royer said she intends to maintain her seat at Port Moody council through the nomination process, that concludes with a virtual meeting to be held Sunday, June 20, with speeches starting at 12 p.m. and the vote being conducted from 1 to 6 p.m. (only registered members of the party who live in the riding can vote; eligible voters must be 14 years of age or greater, with permanent resident or citizenship status). The same holds true if she gets the nomination, she added, but if an election is called while she’s still on council, “I will do whatever is in the best interest of council and the community at that time.”

In an email to Tri-City News, a spokesperson for the Liberal Party of Canada said that “nominations are moving forward in accordance with our party’s update nominations process in ways that fully respect public health guidance.”

The successful Liberal nominee will face Bonita Zarillo, a Coquitlam city councillor who is taking a second run to represent the riding for the federal New Democratic Party, and incumbent Member of Parliament, Nelly Shin, who has already been acclaimed by the Conservative Party of Canada to seek a second term in office.

The last federal election was in 2019 when the Liberals — under Prime Minister Justin Trudeau — won the most seats but was still 13 shy of forming a majority government.