An environmental non-profit group for which a Port Moody councillor once served as a director will be rallying outside PoMo city hall Tuesday to support a motion by that councillor and the city’s acting mayor.
Jun 10, 2019 9:05 AM By: Mario Bartel 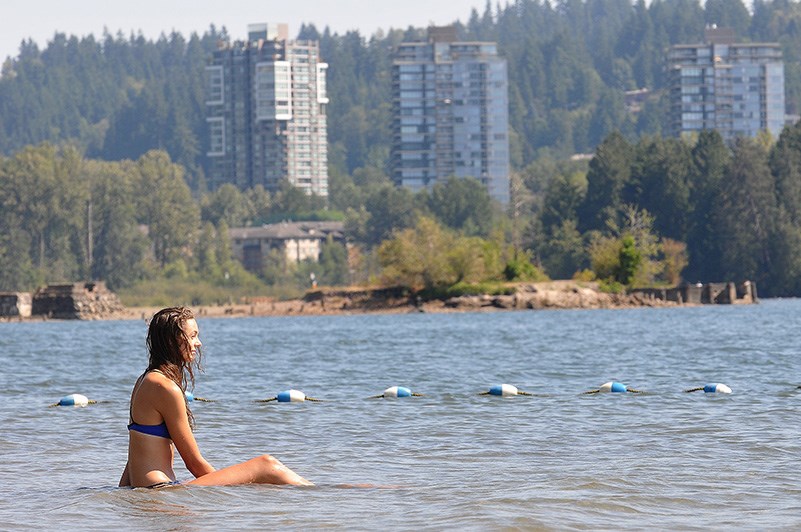 Port Moody councillor Amy Lubik and Acting Mayor Meghan Lahti say Port Moody's unique geography as a waterfront city that backs onto forest means the threats posed by climate change could impact the city from both sides as sea levels rise and the incidence of wildfires grows. They're proposing the city declare a climate change emergency.

An environmental non-profit group for which a Port Moody councillor once served as a director will be rallying outside PoMo city hall Tuesday to support a motion by that councillor and the city’s acting mayor.

Force of Nature Alliance said it will be “conducting an action,” beginning at 6:30 p.m. Tuesday, prior to Port Moody council’s consideration of a motion by Coun. Amy Lubik and Acting Mayor Meghan Lahti that the city declare a climate change emergency.

Lubik stepped down from her position as a director for Force of Nature when she was elected to council last October. The group had endorsed her candidacy, as well as that of Mayor Rob Vagramov, who’s currently on a paid leave of absence because of a sexual assault charge.

In their report to be presented to council, Lubik and Lahti said a declaration of a climate change emergency by Port Moody could help make the city “an example for communities all over the world.”

They also want the provincial and federal governments to make a similar declaration by forwarding a resolution for consideration at this fall’s convention of the Union of BC Municipalities.

They said Port Moody’s unique situation, flanked by coastal waters and forest, puts it on the front lines for threats from rising ocean levels as well as wildfires.

Lubik and Lahti said “bold” action is needed to help ease those threats. That includes:

• setting a target of having 90% of city residents living within an easy walk of their daily needs;

• accelerating a goal of having two thirds of trips in the city done by walking, cycling or transit by 2030 instead of 2040;

• having all new and replacement heating and hot water systems in buildings be zero-emission by 2025;

• reducing the carbon content of new buildings and construction projects to 40% by 2030;

• and setting targets for environmental enhancement, such as creek daylighting, as well as protection of the foreshore and forest canopy.

In their report, Lubik and Lahti said cities need to commit funding and resources to fight climate change to avert a social disaster and create new opportunities for local jobs instead.

“Those most impacted by climate change will be the most impoverished in our society,” the councillors said. “We need a just transition for workers away from precarious and now more frequently automated fossil fuel-dependent work.”

While Lubik and Lahti said staff would have to report back on the financial implications of their climate change initiative, they suggested it could be funded by diverting money collected from the gas tax as well as by various grant programs.

Time is of the essence, said the report, citing a conclusion by the Intergovernmental Panel on Climate Change that only 11 years are left to reverse the momentum of climate change.

“It is time to make sure we are meeting our targets to ensure future generations have hope,” Lubik and Lahti said. “What we do matters.”