When staff at a community clinic were sequestered to help with COVID-19 contact tracing, Tommy Crestohl's speech therapy sessions were put on hold just as his father was laid off.
Feb 12, 2021 3:53 PM By: Stefan Labbé 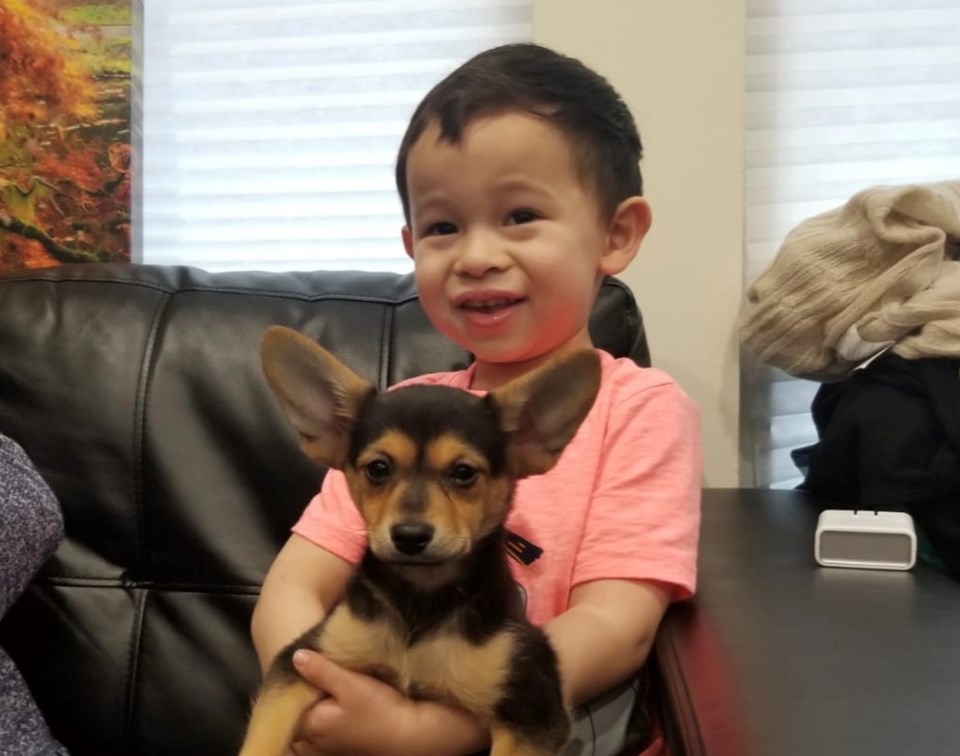 Port Moody's Tommy Crestohl struggled to speak as a toddler, and when the pandemic hit, his father lost his job, leaving the family with some tough choices around his speech therapy sessions.Submitted

Now age nine, their oldest son Oliver had been diagnosed with autism from a young age and remains ‘non-verbal,’ unable to string together more than two words at a time. So when their second son Tommy was born, they kept a close eye on his development, and when the words didn’t come for him either, they signed him up to receive speech therapy through a community clinic.

Then the pandemic hit, and everything began to shut down. Staff at the clinic were sequestered to help with COVID-19 contact tracing. Crestohl, Tommy’s father, was immediately laid off from his job as a server at a restaurant.

“It really put a lot of pressure on both of us,” said Yamashita. “I was still working from home. His income was totally cut off.”

Private speech therapy also seemed out of reach, as the waiting list time to get an assessment for the three-year-old boy — necessary to unlock Ministry of Children and Family Development funding — soared up to two years during the pandemic, according to Yamashita.

But the parents were desperate, knowing this was the window when, with the right help, Tommy had a chance to speak.

“We couldn’t choose. We can’t just say, ‘We’re not going to take you to therapy.’ How can we take that away from him?” said the mother. “We would have done anything to keep it going.”

So for the next six months, the parents paid for a $120-an-hour private speech therapy bill.

“We thought about selling our car. We even went to Ford to get it assessed,” said Yamashita. “We thought, ‘What can we do to be able to pay this?’”

At the same time, the virtual sessions were paying off. Tommy’s vocabulary started to grow and the parents were learning the kind of coaching their son needed to help regulate his behaviour.

“It’s a whole new world for us to actually hear words coming out,” said Yamashita. “The other day he was able to say a preposition, ‘On the table.’ He said ‘Elephants eat apples.’ He’s three and a half, like I’ve never heard him say a verb. It’s just very emotional for us to hear these things. They’re very small phrases but it makes a big impact for us to know that this is all worth it.”

Still, the financial pressure was getting to the parents.

“It was affecting our mental health, when you’re under that much pressure and there’s nobody who can help you — and you’re in the middle of a pandemic — what else can you say?” said the mother.

Six months and nearly $1,500 in extra bills later, the family got a call: Variety — The Children’s Charity had heard about Tommy and wanted to help.

Not only would the charity take care of Tommy’s speech therapy bills, but it was offering a bursary to Oliver, his older brother, who attends an independent special needs school in Coquitlam at a cost of $16,000 a year.

“When I heard about it, it brought so much tears to my eyes because we’re under so much pressure. Like, we have no funding from the government,” said Yamashita.

While Cresthohl is now back to work at the restaurant, he’s received a fraction of his pre-pandemic shifts as business remains down. And with the charity’s help, simple daily choices opened up to the family again.

“Today, times are hard for a lot of families. It just makes our choices easier when we’re doing groceries,” said the father. “It just helps us cover all the other expenses of having two boys growing up in the Lower Mainland.”

Yamashita added: “We’re very thankful, not just for helping our family, but families all over B.C. in critical times.”