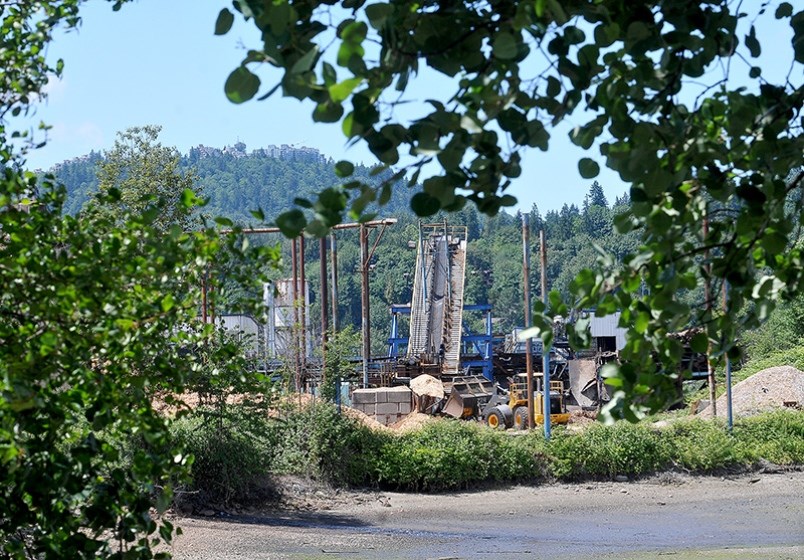 AP Group says it has no immediate plans to re-develop the Flavelle site after announcing it will close the mill by the end of October. Port Moody Mayor Rob Vagramov says company's tax burden not disproportionate with other large industrial operations in the city.

Port Moody Mayor Rob Vagramov is disappointed Flavelle mill will be closing down but says the city’s industrial tax rate is not to blame for the shuttering that will cost 70 workers their jobs.

The Flavelle sawmill has been a part of Port Moody's waterfront for 115 years and on Monday, Aug. 24, the sawmill's owner, AP Group, made the announcement it is closing permanently.

In a statement Surinder Ghog, the CEO of AP Group, blamed “disproportionately high property taxes” for the closure.

“I’m sorry to see the jobs go,” Vagramov told The Tri-City News. But he said the writing was on the wall when the company sought and obtained a re-designation of its property from industrial to mixed use with plans for towers and thousands of residents.

“They came to us to seek an amendment to the OCP and that vision took their property from an industrial operation to the largest highest density development in Port Moody history,” said Vagramov, who said he opposed the change and made opposition to the proposed redevelopment a key plank in his 2019 mayoralty campaign.

If zoning was allowed, the 34-acre industrial property would be transformed  into a high-density mixed-use neighbourhood that could include homes for up to 7,000 residents and jobs for more than 1,100 people.

But a spokesperson for the company said there are no immediate plans to proceed with the re-development, and with industrial land values rising, the company is still weighing its options.

Executive vice-president Bruce Rose said a shift in the tax burden in 2019 increased taxes by 50%, which was not sustainable in the long run — despite higher prices for milled lumber.

The higher tax bill came after the company succeeded in getting protection from escalating land values due to the official community plan change through a change in B.C.’s Assessment Act, he said, something the company, the union and lawmakers worked to achieve.

“Call it for what it is,” said Rose. “Our attempt to keep the workers employed for many years… got undermined by the increase in taxes, despite the best intentions of the provincial government, the union and ourselves.”

As for the future of the property located near the city’s popular Brewers Row and Rocky Point Park, Rose said it hasn’t made plans to move forward on re-development.

“We will be looking at everything at this point,” he said, including light industrial, heavy industrial, commercial and residential, noting that by shuttering the mill it won’t be taxed as a sawmill so the financial hit will be “much lower.”

Vagramov, meanwhile, said the company has not been taxed “disproportionately” and, in fact, has been taxed the same as every other industrial property,

However, he supports the idea of the property staying industrial, with new tenants creating jobs.

Vagramov said that would be better than an urban redevelopment which would bring an influx of people into the area, which he said would put a strain on Rocky Point Park, and other city infrastructure.

There will be a financial hit from the mill closure, however.

The loss of a $5 million payroll plus spin-offs from suppliers and services will be a jolt to the economy in already difficult times due to the fallout from COVID-19, but Rose said “we couldn’t see any way forward” other than shutting down the historic mill.

The company said it will shift Flavelle’s current production of about 40 million board feet annually to its other operations, which includes mills in Surrey, Merritt and Kamloops, once the permanent shutdown is completed by the end of October.

The Tri-City News has reached out to the United Steelworkers Local 2009 for further comment but has yet to receive a reply.