Port Moody soccer players are getting a long-awaited nod from city council, which has put planning the redevelopment of Inlet Park back on the books.
Jan 14, 2016 3:29 PM By: Sarah Payne 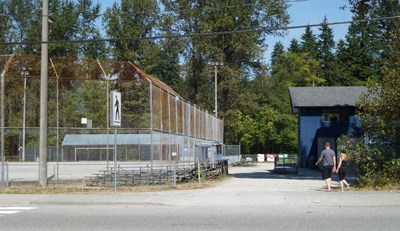 Port Moody is looking at ways of financing the Inlet Park redevelopment project.

Port Moody soccer players are getting a long-awaited nod from city council, which has put planning the redevelopment of Inlet Park back on the books.

At Tuesday's meeting, council approved several finance committee resolutions to have staff report back on potential funding mechanisms, including using most of the federal gas tax funds and establishing a new capital reserve dedicated to the project.

"What we're trying to do with these motions is to put some money into a fund to get serious about it," said Mayor Mike Clay.

Discussions about upgrading Inlet Park — a gravel field that is dusty in the summer and muddy in the winter — have been in the works for nearly 10 years. Port Moody Soccer Club (PMSC) contributed $10,000 to a feasibility study in 2009, followed by public consultation in 2010.

Council decided on a phased redevelopment plan in 2012, starting with a single field and baseball diamond on a north-south alignment that would minimize encroachment into the surrounding park and forest at a cost of about $2.7 million. Future additions could include a second soccer field, clubhouse, batting cage and extra parking, which would add another $3 million.

In the 2014 municipal election, all candidates said redeveloping Inlet Park would be either their first priority or in the top three, along with a expanding the library and renovating Kyle Centre, a seniors' recreation facility.

Clay said he wants council and staff to begin planning how the project could be paid for so that potential funding opportunities don't get earmarked for other projects.

Council approved allocating $375,000 for a new Inlet Park Field Redevelopment Capital Reserve, coming from federal gas tax funds and the 2015 operating budget surplus, and that the city and PMSC work together on corporate sponsorship and donation opportunities.

PMSC president Ralph Luongo said the decisions are a good sign for the club.

"It's fantastic. It's great news to be working with city council to get this approved and hopefully restart it again," Luongo said. "It's been a long time in the works but we're wanting to work with them and find some funding solutions and how we can get this project to fruition and get it built with two full-size fields and a clubhouse as well."

Luongo said the club's registration has dropped in recent years, mainly as young players go to other clubs in the Tri-Cities that play on turf. PMSC has also faced significant scheduling challenges when bad weather makes PoMo's grass fields unusable.