The move follows a busy Mother’s Day weekend which saw hundreds of people flock to White Pine beach
May 15, 2020 6:00 PM By: Mario Bartel 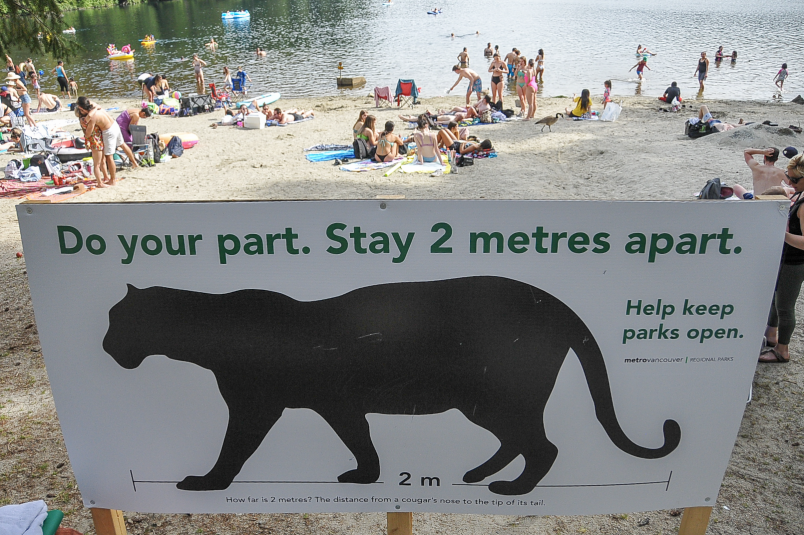 Parking on the side of roads near While Pine Beach and Sasamat Lake was prohibited by the city of Port Moody in mid-May to keep crowds down at the popular swimming destination.STEFAN LABBÉ/THE TRI-CITY NEWS

The city of Port Moody is temporarily prohibiting shoulder parking in the area.

In a post to its social media channels, the city said it’s taking the move to “support physical distancing recommendations and reduce traffic safety concerns that can arise from park overflow.” It said the parking ban will remain in effect “until further notice” and violators will be ticketed and towed.

While the weather forecast for this coming long weekend calls for clouds and showers, the lake and beach are popular destinations as temperatures heat up.

Last weekend, as the thermometer approached 30 degrees in bright sunshine, the park was bustling with visitors as park rangers patrolled the beach and pathways to ensure people were practising physical distancing.

Parking and traffic congestion has been an ongoing problem around the park, especially in summer months. In 2019, the city installed plastic bollards along the shoulders of Bedwell Bay Road at a cost of $30,000 to discourage motorists from parking illegally. But the placement of the barriers caused consternation for area cyclists who said they were being forced into traffic because they also narrowed the space where they could ride.