The city of Port Moody will develop a beaver management plan after the death last December of a beaver kit during efforts to relocate its family from a storm sewer pipe in Pigeon Creek. Coun.
Jan 31, 2018 9:22 AM By: Mario Bartel 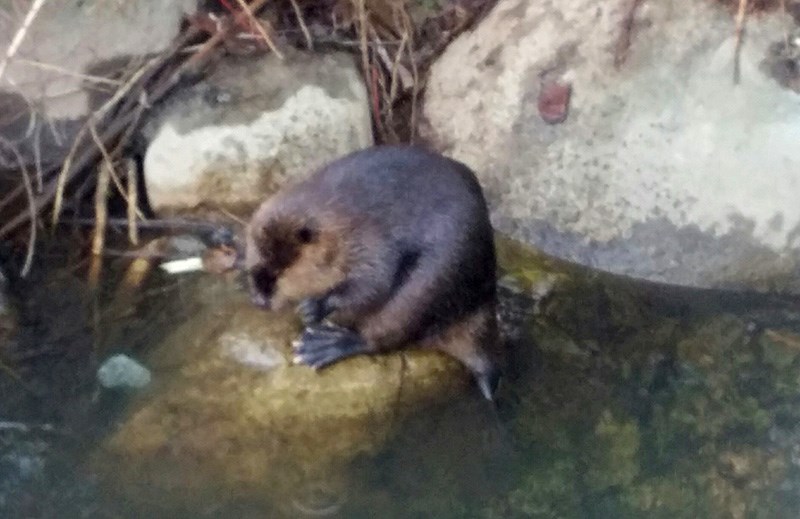 The young kit that was part of a beaver family residing in Port Moody's Pigeon creek, before it drowned last December during the city's effort to evict the family from a storm drain it had blocked with a den.CONTRIBUTED PHOTO

The city of Port Moody will develop a beaver management plan after the death last December of a beaver kit during efforts to relocate its family from a storm sewer pipe in Pigeon Creek.

Coun. Meghan Lahti said such a plan will help the city rebuild trust with residents, particularly in the Klahanie neighbourhood through which the creek runs and who had become fond of the creatures.

One of those residents, Judy Taylor-Atkinson, said a proper management plan “will open the channel to good science” and make it possible for the beavers to thrive.

She said the ponds of quiet water created when beavers build dams improve the survival rate of juvenile salmon, attract bugs and the birds and bats that feed on them, as well as salamanders.

“Beavers can’t make rain but they keep water on the land,” Taylor-Atkinson said.

The death of the beaver kit also caused outrage from the Association for the Protection of Fur-Bearing Animals.

“There is absolutely no reason that any of these beavers had to die,” said its wildlife conflict manager Adrian Nelson.

The beaver drowned in a trap that had been set above the water mark in the pipe after it was determined a den the beavers had built could prevent the drainage of storm water and cause flooding. But the industrious nature of the rest of the beaver’s family, which had already been evicted from the pipe, caused them to quickly rebuild a dam downstream from the pipe and the water rose unexpectedly, overwhelming the kit caught in the trap.

“It is important to understand the nature of beavers in order to determine the best management of them,” Lahti said in a report presented to council Tuesday.

She said the animals are a “keystone” species that play a crucial role in the local ecosystem.

“As we come to the realization that beavers are likely going to be in Port Moody for the foreseeable future, we need to have an agreed-upon approach for the city to take when managing the beaver population,” Lahti said, adding the problem has also vexed other municipalities, including Coquitlam, Port Coquitlam, Surrey and North Vancouver.

She said implementing a beaver management plan should “use innovative techniques for dam management where applicable” while avoiding extermination or relocation whenever possible.

“It is important for the city to implement this plan so that, moving forward, the community knows how beaver issues will be dealt with in the future,” Lahti said.