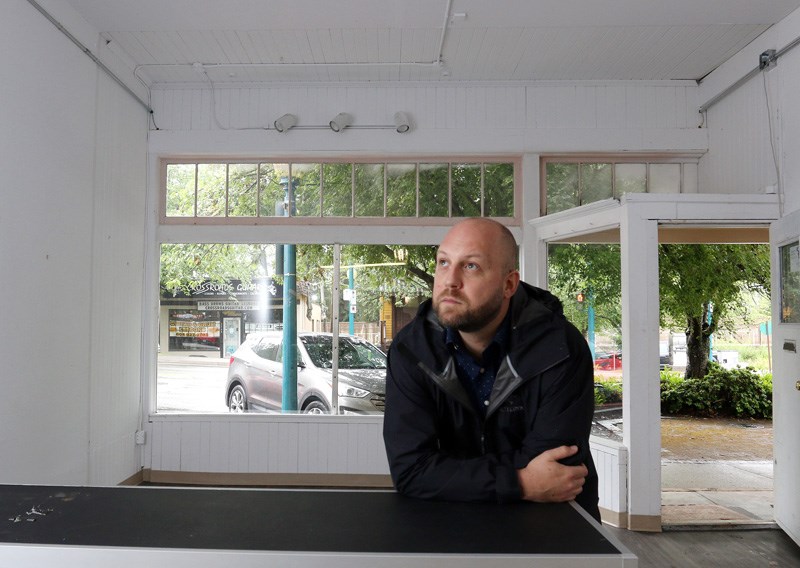 Now that Rylie Ableman's finally achieved Port Moody council's endorsement of his proposal to open a cannabis shop on Clarke Street, he can begin work on renovating the interior of his leased storefront.

Port Moody is getting a fourth cannabis shop even as several city councillors said that number crossed a rubicon they hadn’t anticipated breaching.

Tuesday, five of those councillors passed third reading to the zoning bylaw amendments that will allow Ableman to open his shop at 2343 Clarke St.

Only Coun. Diana Dilworth voted in opposition, as she said she wanted to stick to her principle of approving just three shops for the city. Mayor Rob Vagramov excused himself from the discussion and subsequent vote because of a previous connection to the proponent.

For Ableman, the major leap forward in his protracted quest to get into the cannabis business was a welcome present on his 40th birthday. But, he told The Tri-City News, it was also a relief after council had rescinded the third reading they’d already granted his proposal last June and reopened the process requiring him, and the proponent for another bid from Cannoe that had been rejected, to go through additional, but separate, public hearings and council consideration.

“It’s been a rollercoaster for sure,” he said. “I’d already been awarded it once before, and I just had to reaffirm why I should have a store.”

Coun. Hunter Madsen said while he thinks “four is a lot” for the city’s downtown, it’s “not going to ruin the neighbourhood.”

In fact, he added, locating Happy Hippie off the commercial strip along St. Johns Street and in the city’s historic core “could liven up the area.”

Coun. Zoe Royer, who admitted she also had doubts about committing to a fourth store, lauded Ableman’s concept for his independent shop that would create “a uniquely discerning Port Moody experience.”

Coun. Steve Milani also praised the shop’s location but, he said, it’s Ableman’s long history of helping out local organizations like Port Moody Rotary and the Eagle Ridge Hospital Foundation that won him over.

“The owner has contributed a great deal to the community,” he said. “That’s a good thing.”

Ableman said now that he’s got council’s blessing, the hard work begins. He’s still awaiting final approval of his “fit and proper” vetting by the provincial Liquor and Cannabis Regulation Branch, but an email he provided to councillors Tuesday from the lead investigator in charge of his file assured “I do not see why I would not be able to complete my assessment soon.”

Then, Ableman said, his design and construction team will be able to start transforming the storefront he’s leased into a “relaxed atmosphere that fits right into the streetscape.”

“It felt good to leave on a high note,” he said.