Port Moody is aiming to be proactive about finding suitable sites for low-income housing, should the need arise. Acting on a resolution from Coun.
Mar 27, 2019 4:09 PM By: Mario Bartel 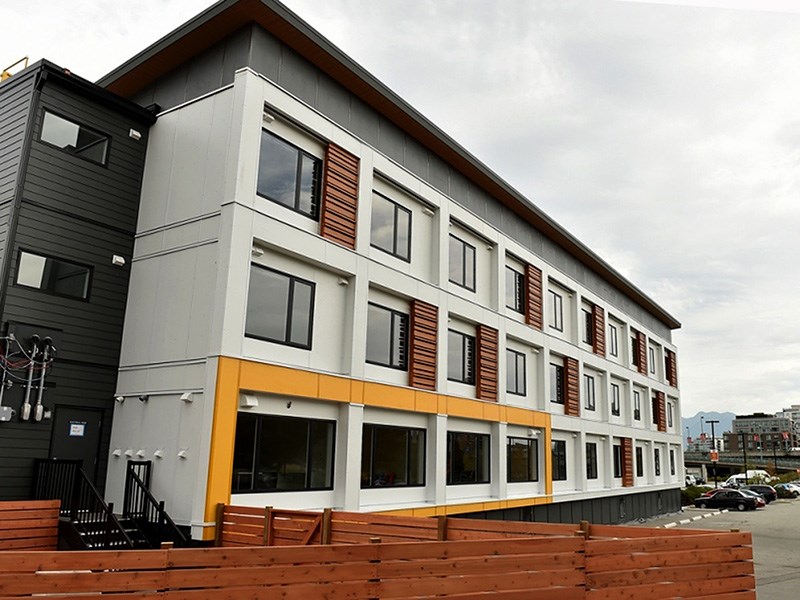 The city of Port Moody will begin discussions with BC Housing to identify appropriate public or private properties where low-income housing, like this modular complex in Vancouver, could be located should the need arise.DAN TOULGOET/VANCOUVER COURIER

Port Moody is aiming to be proactive about finding suitable sites for low-income housing, should the need arise.

Acting on a resolution from Coun. Amy Lubik, city council Tuesday directed staff to begin discussions with BC Housing to identify public and private properties that could meet criteria for shelter, modular, supportive or low-income housing, particularly for refugee families, women and children fleeing domestic violence, as well as for homeless youth and seniors.

Lubik said it’s only a matter of time that Port Moody will need such housing.

“Many people are living paycheque to paycheque,” she said, adding while the city already has in place supports like a food bank to help residents who are struggling, it falls short in having options for housing along the continuum of need.

And she noted that can be the difference between putting someone on the street or getting them back on their feet.

“The people who end up on the streets are people from our community,” Lubik said.

Coun. Diana Dilworth said while there are more than 500 units of low-income and non-profit housing in Port Moody, most were built 15 to 30 years ago.

“We really do have an opportunity to expand the supply,” she said.

In a report Lubik prepared for council, she said a "housing first” strategy in which communities move people in need into stable housing, then back that up with additional supports, has had success in other cities such as New York City and Toronto.

“The basic underlying principle of housing first is that people are better able to move forward with their lives if they are first housed,” she said.

Lubik said working proactively with the province and neighbouring communities to develop a more holistic approach to creating low-income housing can also help deflect some of the political passion that can derail such initiatives.

“We are a welcoming community,” Lubik said. “It really does have to be everyone thinking about it and talking about it.”