Port Moody's Burrard Thermal is powerless. Should it fire up again?

Four years after it was shut down, the future of the Burrard Thermal, a natural gas-fired power generation plant, is still igniting debate.
Feb 19, 2020 2:00 PM By: Mario Bartel 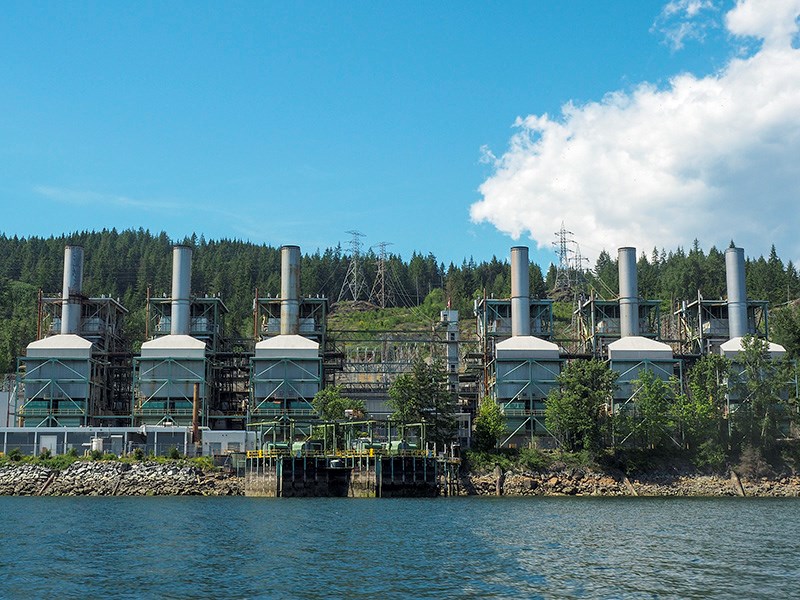 The Burrard Thermal generating plant was shut down in 2016.STEFAN LABBÉ/TRI-CITY NEWS

Four years after it was shut down, the future of the Burrard Thermal, a natural gas-fired power generation plant, is still igniting debate.

The NDP MLA for Port Moody-Coquitlam, Rick Glumac, says the 78-hectare property on Port Moody’s north shore where the mothballed facility is located would be “desirable” for innovative clean tech or clean energy companies to advance their technologies to counter climate change.

But a former engineer at the plant, as well as a local environmentalist, say climate change is the very reason Burrard Thermal should be operational again.

The 60-year-old plant, which supplied about 7.5% of British Columbia’s electricity, was closed in 2016 as part of a provincial strategy announced three years earlier by the then BC Liberal government to keep electricity rates low. At the time, a spokesman for the Ministry of Energy and Mines said the closure would save $14 million annually by not running Burrard Thermal. It continues to provide voltage support and stability for BC Hydro’s transmission and distribution of electricity in the Lower Mainland.

Martin Cavin, a former power engineer and manager at Burrard Thermal until he retired in 2013, said the growing intensity of storms and wildfires brought on by climate change make the plant’s former roles as an emergency backup and a supplemental power source to help meet peak demand more important than ever. He said with most of the Lower Mainland’s electricity supplied over high-voltage transmission lines from hydro plants hundreds of kilometres away, an ice storm or fire could quickly sever that supply even as it’s taxed more frequently by temperature extremes.

Cavin said the lack of a nearby back-up plant in Montreal led to power outages lasting up to several weeks after a series of ice storms in January 1998 brought down transmission lines and buckled towers in eastern Ontario, southern Quebec, New Brunswick and Nova Scotia.

Even some environmentalists want Burrard Thermal to operate despite the fact it burns a fossil fuel to produce electricity.

Elaine Golds of the Burke Mountain Naturalists said people in the Lower Mainland often take their electricity supply for granted.

“We have a very tenuous link,” she said, adding she would like the future of the Burrard Thermal site put to the public for consideration.

“It’s time to look to the future and how we can put the site to work for our community again in a new way,” he told The Tri-City News, adding that could be accomplished without affecting the plant’s current role.

Rod MacVicar, a founder of the Mossom Creek Hatchery on Port Moody's north shore, said Burrard Thermal’s location on the water in an urban area offers a unique opportunity to study the relationship between humans and the ocean.

MacVicar said several projects could find a home at Burrard Thermal, including a study by salmon researcher Dr. Scott Hinch that looks at the effects of warming water on Chinook salmon, ongoing work by the University of British Columbia’s open water research facility, and marine biology programs at Simon Fraser University.

“Our knowledge and local understanding will only come from accurate, rich and integrated ocean observations,” he said. “We will need to be able to mitigate risk to the oceans and our population.”

Glumac said reactivating the property would also help restore a much-needed tax base to Port Moody.

“Our community would not be losing industrial land if lands on the site were to be repurposed [to clean tech],” he said.

In 2016, the city of Port Moody received a generating capacity grant of $1.37 million from BC Hydro plus a $231,855 grant in lieu of taxes for the Burrard Thermal generating plant. Since 2017, the city has received only a grant in lieu of taxes. Last year that amounted to $299,756. The city also continues to collect school tax on the property, which is remitted back to the province.

2/24: Corrected information about revenues collected by the city of Port Moody from Burrard Thermal