Schools in Port Coquitlam, Port Moody, Coquitlam open for some; but fears remain that some students might fall through the cracks
Apr 30, 2020 9:35 AM By: Diane Strandberg 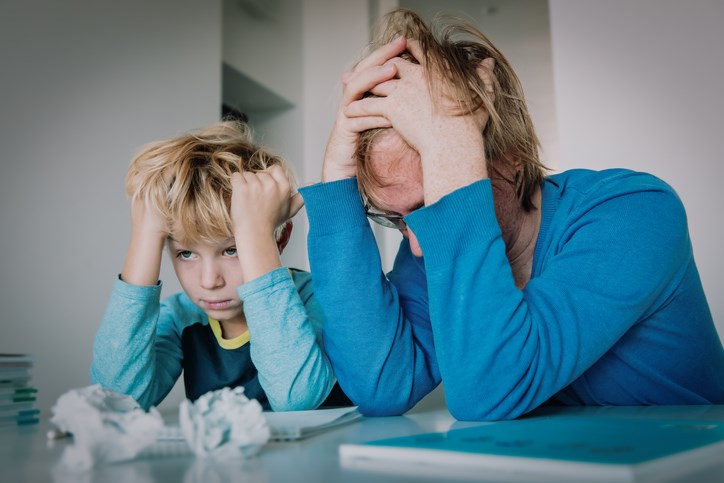 Some parents are struggling with home schooling their children. However, some vulnerable students are returning to school for scheduled sessions but classes are likely to remain shut to most students until fall.GETTY IMAGES

Virtual school may be turning some parents into demanding task-masters as they look for ways to maintain school routines at the dining room, desk or kitchen table.

Horgan made the statement during a press conference Wednesday afternoon, where he announced the province would be extending its state of emergency for another two weeks.

With no immediate end in sight to the current closed classroom situation, parents of children with special education needs are hoping one-on-one sessions will help.

School re-opened for some families this week just as overwhelmed parents were about to abandon at-home school for their kids. But some parents wonder if it’s too little too late, and in one case, the suspension of classroom instruction may hinder their child’s chance of graduating.

“I think there are some kids that are going to be held back — that is the reality,” said Sarah Zuccolin, whose son is in Grade 12.

Her son has autism, and pre-COVID-19 would get help from an education assistant and be in a regular routine that suits him.

At-home learning was a struggle from the beginning, Zuccolin told the Tri-City News, and she had all but given up on making him study for Social Studies 12, which he needs to graduate.

“He was expected to attend class three times a week for over an hour, that just wasn’t workable at home. That was the number one thing, just getting him to engage that way.”

Although an adaptation of his Cafeteria 12 class to home cooking and a love for computers is keeping her son on track, Zuccolin was told her son might not graduate if he doesn’t complete Socials 12.

That was a worry, she said, and an about-face from provincial pronouncements that students on track for graduating would receive their diploma.

“It wasn’t until our social worker stepped in (that her son got invited for classroom sessions) and we weren’t the only family that was struggling with this idea of homeschooling. A lot of our kids are very rigid. Trying to recreate the school environment at home — he’d say ‘no I don’t do school work at home.' To expect him to hunker down and do school work on his own is very unrealistic.”

Zuccolin is not alone in her concerns. Other parents the Tri-City News spoke to also had trouble with home-schooling, especially if their child was on the autism spectrum, and Facebook pages of B.C. autism advocacy groups are calling for more supports.

Now, five weeks into the province’s virtual learning model, students who are struggling with the online learning or who usually have help with their lessons in the classroom have been invited back for short sessions with strict safety protocols and hand washing routines in place.

Up to 12 students per school are now allowed to attend scheduled one-hour sessions a few times a week depending on the student. The help is being organized by school teams.

But for the rest of the province’s 450,000 students, there is no set time period for re-opening schools, although discussions have been held on ways to do it, according to Education Minister Rob Fleming.

But for parent Sarah Wright, an emergency room nurse recovering from cancer surgery, in-class sessions now could be de-stabilizing for her nine-year-old son who has autism and has difficulty with changes to his routine.

“He needs a schedule so I took my planner and we figured out a school day schedule.”

Bike riding and Lego play were part of the routine as her son needed creative and active breaks along with his lessons. “The academics, that’s more challenging.”

To get him going, she had him do workbooks she bought from Staples and Costco. Now his work is modified by an EA, but Wright isn’t sure how to support him or what the modifications entail. “The math they are doing, it absolutely makes no sense.”

She would have given up but she doesn’t want him to fall behind. Now that her son has been invited back to Blakeburn elementary for an hour on Wednesday’s and Friday’s, the Port Coquitlam mom is hopeful her son will get some of the one-on-one help he needs while she gets some respite to aid in her recovery.

But the long term picture is still very uncertain — for Wright, and many other parents, who don’t know what the future holds for B.C. schools during the pandemic.

“I feel that uncertainty is kind of worse, and then we're going to throw something else in there. He’s going to go see his education assistant. I don’t know what that’s going to look like, they can’t tell me.”

Meanwhile, support groups, such as Autism Community Training are offering workshops and other support. Another source of help is tha Autism Support Network. Find out more here.