If the court allowed the press to gain access to the specifics of the alternative measures, it could have a “chilling effect” on other accused people participating in the program in the future, ruled the B.C. Supreme Court justice
Apr 23, 2021 6:54 PM By: Stefan Labbé 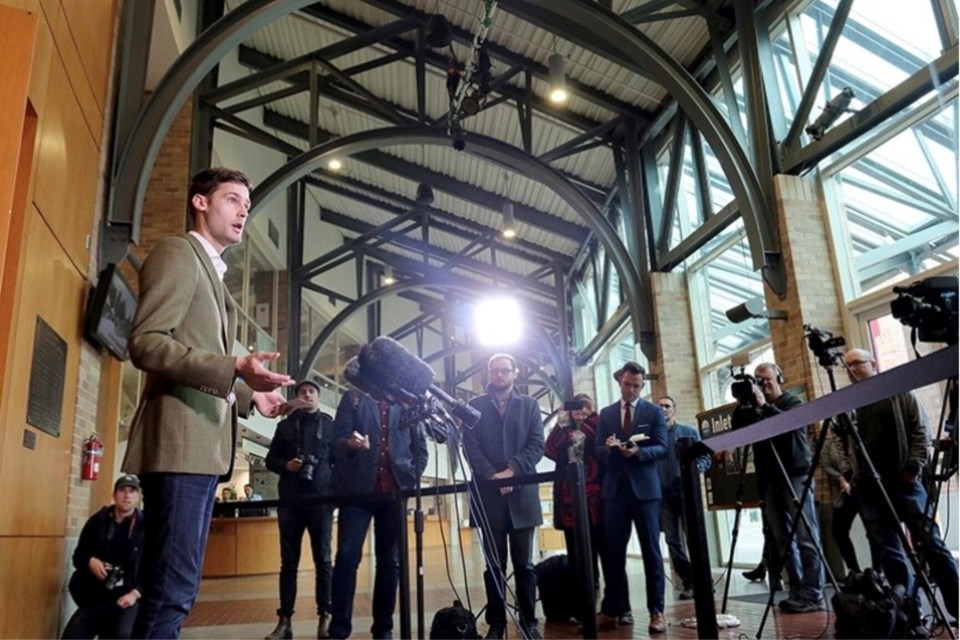 A B.C. Supreme Court has ruled the public doesn't have a right to know what “alternative measures” Port Moody’s mayor faced in the case of a sex assault charge dating back to March 2019.

By September 2019, the case was adjourned when it was announced Vagramov would be seeking alternative measures. Two months later, the mayor had the charge against him stayed after B.C. Corrections advised Crown prosecutors Vagramov had successfully completed an Alternate Measures Program, according to the court documents.

Alternative measures require a defendant to agree with the circumstances of the offence as outlined in the police Report to Crown Counsel. But the accused cannot deny “participation or involvement in the commission of the offence,” wrote B.C. Supreme Court Chief Justice Christopher E. Hinkson quoting the B.C. Corrections Policy Manual.

In other words, while Vagramov would have had to accept responsibility for the alleged offence, he would not have to admit legal guilt, explained Bahareh Danaei, a lawyer with North Shore Law, in the wake of the 2019 adjournment.

Danaei told the Tri-City News other alternative measure steps may include: community service, counselling, attending educational seminars, writing a one-page essay to the probation officer to address the harm that’s been caused and an official apology to the victim.

Once the program is completed to the satisfaction of the probation officer and Crown counsel — and adequate remorse is shown, acknowledging the impact suffered by the victim — the charge is withdrawn (dropped) or stayed (remains on file with no further action at this time), Danaei said at the time.

That means the offender has no criminal record and can continue to travel freely, including across the U.S. border.

But what alternative measures the mayor faced have never been revealed, prompting CBC, CTV and Global News to petition B.C.’s highest court to disclose the specifics of the measures, if Vagramov completed them, and whether he was eligible for such a punishment in the first place.

In court documents filed in December 2019, lawyers for the three broadcasters argued that the details should be disclosed "subject to the open court principle." The public has a right to scrutinize the measures the same way they would for "sentencing records or records of any other act in the administration of justice," the petition stated.

None of the news outlets sought details about the third party involved in the assault charge.

In the April 22 ruling, Justice Hinkson agreed that it “is beyond dispute that the public, and the media, as the representatives of the public, have a valid interest in the proper administration of justice.”

But a lawyer for B.C. Corrections argued at trial that the purpose of the alternative measures scheme "is to reduce stigmatization confidentiality assists an accused's rehabilitation.”

If the court allowed the press to gain access to the specifics of the alternative measures, it could have a “chilling effect” on other accused people participating in the program in the future, argued the lawyer.

“I find that disclosure of the records is not desirable in the interest of the proper administration of justice,” he added.

—With files from Janis Cleugh and Gary McKenna

Vagramov, media at odds over release of 'alternative measures' details in sex assault case
Feb 7, 2020 8:59 AM