She's a fighter, but more importantly, she's a winner.

"Raiin" the five-year-old Boxer has earned the title of Port Coquitlam's first-ever pet ambassador after winning the inaugural pet election Tuesday night (June 22) as voted by local residents, which also acted as a fundraiser.

Run by PoCo Heritage Museum and Archives, participants were asked to make a $1 donation to vote for one of 33 candidates — 29 dogs, three cats and one rabbit — in the campaign and all proceeds are going toward the non-profit organization.

"As I imagine is the case for many, COVID-19 really hampered our ability to run our normal fundraising events last year," explained museum manager Alex Code in an interview with Tri-City News.

"So we were excited to put together such a fun event that also helps us keep serving the community as best we can."

Code says the money will be earmarked for future community events and curating the museum's collection, which he says includes a "surprising number" of pet photos. 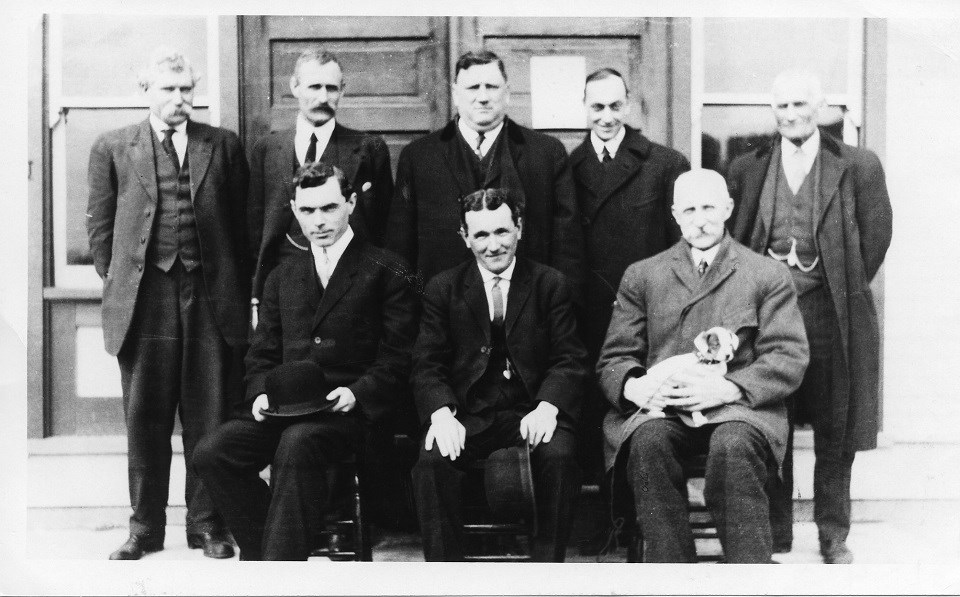 A puppy is featured (front row, first right) in a photo of Port Coquitlam's first city council in 1913. By PoCo Heritage Museum and Archives 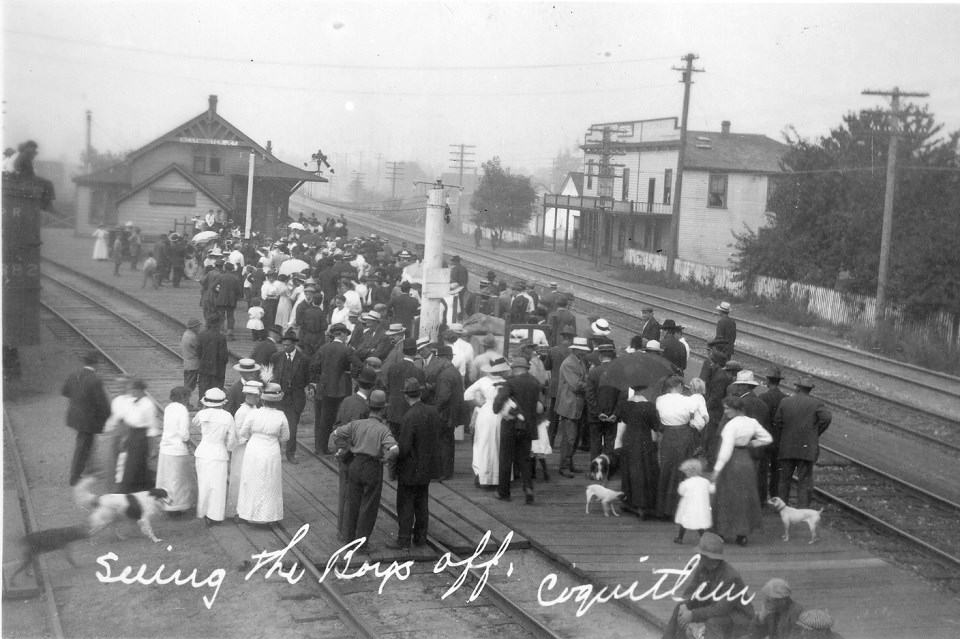 Pets join their Port Coquitlam owners at Westminster Junction station as they send off soldiers to fight with allies in the First World War. By PoCo Heritage Museum and Archives

He adds the pandemic cancelled a number of fundraisers that would be done in a normal year, so having a pet election became the prevailing angle to get things started.

"The pets were so cute, we had some great submissions for our campaign tasks, and really the outpouring of support from the community was heartwarming," said Code, who became PoCo Heritage's new museum manager in November 2020.

"If anything, I think this event just goes to show how important our pets are to our community."

If you missed out on contributing to the cause, Code says a second pet election is on the table for 2022 with details to be determined at a later date.

Like most dogs, "Raiin" is special and is set to take the reins of pet ambassador with a fighting spirit.

While her favourite toy is classified as "anything she can destroy," her backstory is as heart-melting as they come.

Her owner recently lost her husband of 16 years to cancer and "Raiin" herself was also sick with pancreatitis and irritable bowel syndrome.

"Raiin and her mom fought really hard to make Raiin better as her Mom wouldn’t have handled losing them both," reads the Boxer's campaign description.

"Thankfully with the help of friends and her vet, Raiin is now a healthy five-year-old boxer! She is Mom’s pride and joy and Raiin is living her best life! Raiin is spoiled with a dog walker, Melissa, and she goes to doggy day care! Also, Raiin has a new human stepdad as Raiin’s Mom Canice got remarried to a wonderful man named David, a wonderful teacher in Port Coquitlam!"

To read and view the other candidates from the 2021 election, you can visit the PoCo Heritage Museum and Archives' website.