Groups raise concerns about the use of toxic bait to kill rats, mice because it could kill other wildlife as well
Jan 9, 2019 5:00 PM By: Diane Strandberg 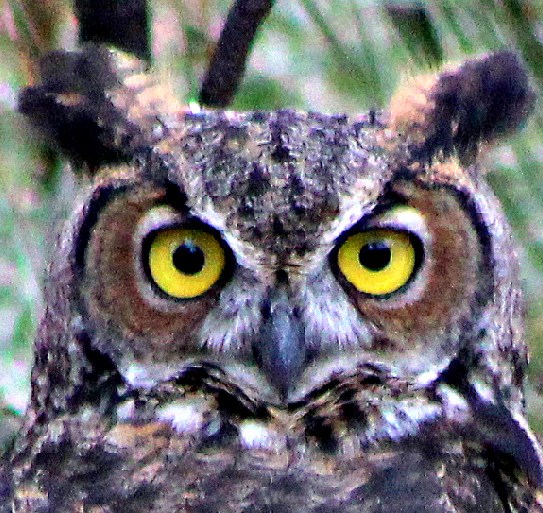 A Great Horned Owl like this one died of suspected rat poisoning in December. Groups are calling for reduced use of toxic rat bait.Melissa Hafting

Bait boxes containing rodenticides seem like an easy solution to a mouse and rat problem but a growing body of research suggests the poison may be killing local owls and other wildlife.

The ubiquitous black boxes containing rat poison are especially dangerous to use near greenbelts, wildlife advocates say, because animals that feed on dying rats will suffer life-threatening health issues themselves.

“Poison is cheap and easy, you put it out and leave it. People want a quick fix for cheap, but the secondary effects is great on the environment,” said Rob Hope, raptor care manager for OWL rehab .

This week local naturalists are joining advocacy groups and researchers in calling for reduced use of rodenticides, especially second generation anticoagulants, because of their toxicity, persistence and potential damage to the owl population.

Hope, whose facility cares for about 55 owls, says about 40 dead owls have been brought to the South Delta facility from the Lower Mainland in the last year and most likely died of rat poisoning.

Secondary anti-coagulants, such bromadiolone often used in outdoor bait traps, prevents blood from clotting, It can take several days for the poison to kill a rat so when the rodent is eaten by a predatory owl, the chemical often kills the raptor as well.

“If you have to use bait it shouldn’t be out there permanently,” says independent researcher Sofi Hindmarch, who has studied the use of rat poisoning on farms in Delta.

She suggests people choose alternatives, such as rat-proofing their homes, or choosing SPCA-approved commercial pest control companies. One new product that is showing promise is a C02 canister that kills the rat with carbon monoxide poisoning.

“When you look at residue in dead carcasses, it’s the second generation ones that are showing up more consistently. They are toxic and are more persistent,” Hindmarch said.

The owl found in the area of Charland Avenue in Coquitlam died while on route to the rehabilitation centre. Hope said some owls can be saved with a vitamin K shot, but not always.

“It’s not a pretty death,” Hope said, and he said owl deaths are sad because they are preventable.

The concern is particularly acute in the Tri-Cities, which is home to several different types of owls.

Kiyoshi Takahashi, who monitors the owl population in Colony Farm Regional Park and at Riverview, is particularly concerned about owl health.

“The most important thing about owls, they are night hunters, which is not very common and we need those to control insects and rodents.” said Takahashi, who is hoping to start an organization to monitor the owls in Coquitlam.

“I wager that if more people were aware of the problem there would be a push for alternative means of rat control,” said Ruth Foster, whose Mossom Hatchery group is keeping the dead Northern Saw-whet Owl in its freezer for education purposes.

• Keep yards free from rat attractants, such as food waste, use bird feed strategies that don’t attract rats, such as trays and no waste bird seed