Rental building in Coquitlam one step away from OK

A proposal for the first purpose-built rental building in Coquitlam in more than 35 years cleared a major hurdle Monday.
Dec 17, 2015 9:00 AM By: Gary Mckenna 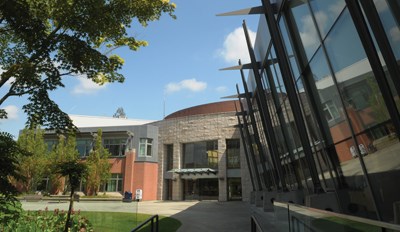 A proposal for the first purpose-built rental building in Coquitlam in more than 35 years cleared a major hurdle Monday.TRI-CITY NEWS FILE PHOTO

A proposal for the first purpose-built rental building in Coquitlam in more than 35 years cleared a major hurdle Monday.

Following a public hearing, council voted in favour of giving the project third reading, which would see 41 units built in the Austin Heights neighbourhood — new housing the proponents say is suited for lower-income families.

“This is affordable housing,” said Coun. Terry O’Neill. “This is the kind of thing Coquitlam needs.”

The city has been pushing for more rental units in the municipality and increasing the affordable housing stock is a major goal in the recently adopted Housing Affordability Strategy.

But parking concerns were a major issue for some councillors, who worried that the building would have 44 stalls — 36 for residents and eight for visitors — for the 41 units.

“We will have a lot of kids there that go to SFU and they share suites and they will have two cars,” said Coun. Mae Reid. “We have lots of seniors in those buildings and they all have cars.”

A motion to send the proposal back to staff for further deliberation failed in a 5-4 vote. Council then voted unanimously in favour of sending the proposal to fourth reading.

Several councillors pointed to the Housing Affordability Strategy, which calls for relaxing some bylaws, particularly around parking, to encourage developers to build purpose-built rental properties or other low-income housing.

The proponents, Redbrick Properties, said it needs the variances to make the project economically viable.

Abdul Jiwan, a manager with the company, added that parking requirements should not be as strict for rental properties because the rates of vehicle ownership is lower among renters.

Several councillors agreed, noting that the neighbourhood has many walkable amenities and is relatively accessible to public transit.

“Braid Street SkyTrain is down one hill,” said Coun. Teri Towner, “Lougheed Station is down the other. There are buses, banks, coffee shops — it is in a neighbourhood that suits tenants that don’t have vehicles.”

Sandy Burpee, the co-chair of the Tri-Cities Homelessness Task Group, who spoke in favour of the project, said a rent of $1,000 per month is consistent with an income of $40,000 annually, according to BC Housing guidelines. He added that projects like the one proposed in Austin Heights will alleviate the housing pressures caused by the redevelopment taking place in Burquitlam, where rental units are being knocked down to make way for high-density condo projects.

“To be able to get rental in this range without any financial support from the city is really significant,” he said.