Port Moody is looking at the addition of more than 1,000 new rental apartments over the next several years. A new project on Murray Street is proposing 50 market rental apartments and five that would be available at below-market rents.
Apr 6, 2021 12:51 PM By: Mario Bartel 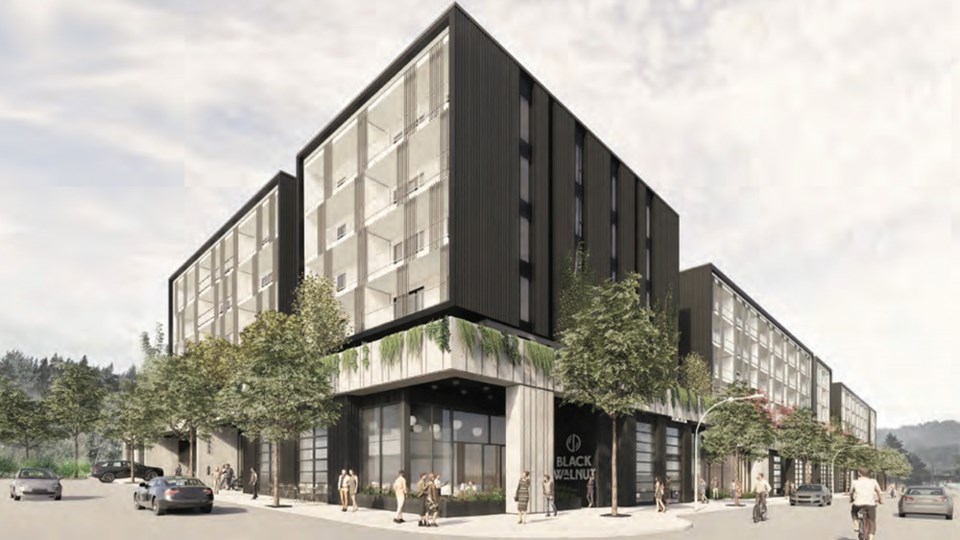 More rental apartments could be coming to Port Moody.

Tuesday, council is to consider first and second reading of amendments to zoning bylaws for a 215-unit mixed-use complex on Murray Street that now includes 50 market rental apartments, and another five that would be available at below-market rates.

The project, by Vancouver-based developer Mosaic Homes, would be comprised of three six-storey buildings across from Inlet Field. All the rental units would be located in one building.

As well, 40% of the project’s total units would be adaptable and the remaining 60% would have wider doorways and blocking for the installation of grab bars, along with pre-wiring for power door openers that would accommodate tenants wanting to age-in-place.

In a report, Port Moody’s senior development planner, Kevin Jones, said while the project now includes 11 more units than when Mosaic first presented its proposal to council’s committee of the whole last May, the addition of the rental units — as well as a boost to its adaptability measures — “offers a diversification of the housing options in the project.”

The revised plan also proposes more than 1,000 sq. m. of additional space that could generate jobs with a second floor mezzanine area for offices. The first floor commercial spaces have also been redesigned with more depth, higher ceilings and mezzanine lofts so they could accommodate light industrial uses.

In his report, Jones said potential concerns about train noise from the tracks that run across the back of the site have been assuaged by orienting the rental building at Electronic Avenue and Murray with units facing to the east and west.

The other two strata buildings, that face north and south, would be buffered by a wall that extends above the grade of the rail line, two great lawns and the planting of several trees.

But, he cautioned, “additional design work will be required to demonstrate that the project meets acceptable livability standards.”

Nearby, PC Urban will have 229 rental units in a new complex on Dewdney Trunk Road, scheduled for completion this fall, and the company has also made an initial pitch to council to construct a second phase that includes 133 additional apartments.