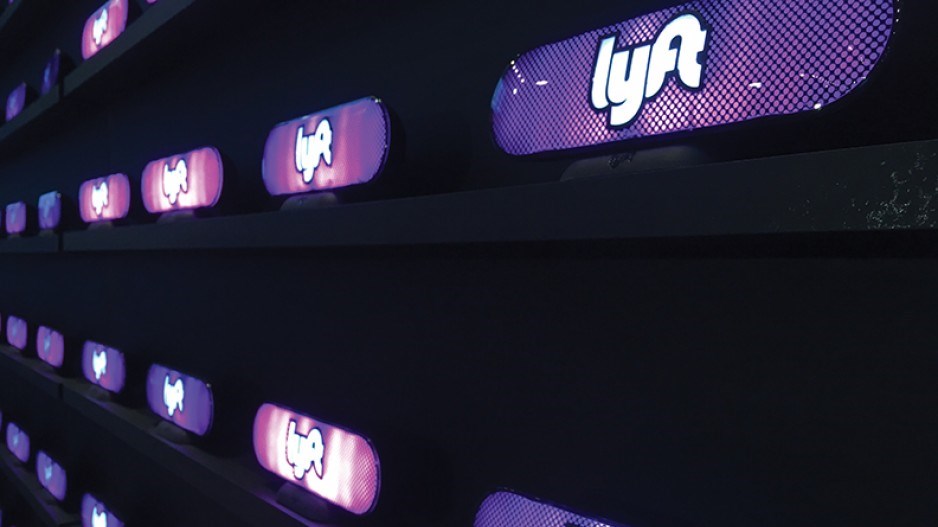 Lyft and other ride-hailing companies in B.C. face a challenge in having to overcome customer uneasiness about using their service as the COVID-19 pandemic wanesTyler Orton

January 24 is a date “burned” into the mind of Peter Lukomskyj.

After years spent trying to launch sanctioned ride-hailing services in B.C., Lyft Inc. (Nasdaq:LYFT) and competitor Uber Technologies Inc. (NYSE:UBER) were finally on Vancouver streets at the start of 2020.

“If somebody told me at that point two months later we’d be seeing a sharp decrease in the number of rides and people wouldn’t want to be getting around the city – or shouldn’t be getting around the city – I wouldn’t have believed them,” said Lukomskyj, Lyft’s general manager for B.C., referring to the immediate impact of the pandemic in March. “What’s great now is we are relaunching, essentially.”

While he could not divulge proprietary information on exact ridership figures, Lukomskyj said rides have increased by “about fives times” to bars and restaurants from the March low point to the beginning of Phase 2 of the province’s economic restart plan.

Rides to ferry terminals, public transit hubs and other transportation points have doubled since the beginning of Phase 2.

“Now that we’re into Phase 3, we’re starting to see a lot more of the commuters and a lot more of the entertainment-hours type of rides being taken,” Lukomskyj, also a licensed Lyft driver, told Business in Vancouver.

But he acknowledged there’s still a psychological barrier keeping many riders from fully embracing the long-awaited services during the COVID-19 health crisis, despite the company instituting enhanced cleaning and disinfection guidelines for vehicles.

Lukomskyj couldn’t comment on whether any B.C. drivers or passengers are known to have tested positive for the novel coronavirus during the pandemic.

“Anything that I would comment [on] there would be revealing some individual information for drivers or passengers, and we just can’t comment on that locally,” he said.

To date, the province’s Passenger Transportation Board has received 41 ride-hailing applications, rendering decisions on 34 of them.

Of those applications, 14 have been approved.

While Lyft and Uber are the most recognizable names to get the nod from the provincial regulator, the remaining dozen are all B.C.-based operators without the deep pockets and significant technological infrastructure enjoyed by the two multinational giants.

Mandeep Rana, founder of Victoria-based LTG Technologies Ltd. (Lucky to Go), said it’s difficult to offer a status on the market because of the uncertainty brought on by the pandemic.

The company launched services in the city of Kelowna on July 1 – its first market – and Rana said activity over the first weekend was “really busy” as the company deployed 20 to 25 drivers on the roads.

But he estimated business would have been up “10-fold” had it not been for COVID-19.

“There’s no tourism,” Rana said. “Tourism contributes a huge amount to the transportation industry, so people are not coming to Kelowna, people are not flying out of Kelowna. That’s where they’d like to use our services the most.

“But in the local community, of course, it’s a new service, so people are getting used to it, people are trying it out. But it’s not like it’s something that is ingrained in people’s heads like taxi services.”

Lucky to Go had also originally planned to launch in its hometown of Victoria on July 1, but Rana said that will likely have to wait until month’s end as the company deals with delays on driver background checks brought on by the pandemic.

Once those checks are complete, drivers will need to acquire individual business licences – a process Rana estimated would take another two to three weeks.

“The City of Kelowna has been ridiculously friendly,” he said, adding that city hall required the company to acquire a business licence but did not compel individual drivers to do so.

That came after the City of Surrey racked up a $65,130 legal tab trying to stop Uber from operating within its municipal bounds.

Rana said the patchwork of different policies or restrictions across municipalities has been frustrating for B.C. operators such as himself as they attempt to launch services and compete against the giants.

So far Lucky to Go is staying out of Metro Vancouver, while Uber and Lyft has yet to launch services outside the region.

“That was our game plan to begin with. Why not capture the market where there is no competition in the beginning? That’s why we want to make sure we develop enough business in the surrounding area, then go into the competitive regions.

“We will definitely be launching in Vancouver, because if there is enough demand for our passengers who are travelling from all these places to Vancouver, they would like to use our services there, too.” •

— With a file from Graeme Wood