Snapchat saves the day but best not to rely on it, Coquitlam searchers say

Be prepared when you're headed out on a hike, relying on smartphones and social media isn't the best strategy
Sep 5, 2017 12:55 PM By: Diane Strandberg 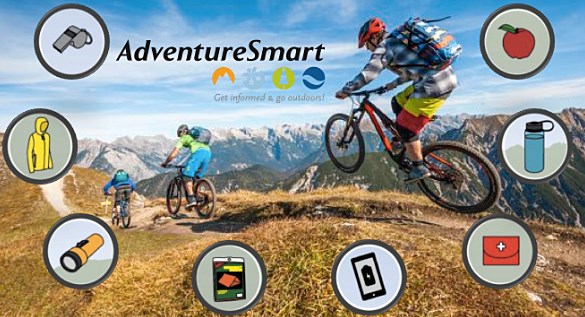 Be prepared when you're headed out into the woods, Coquitlam Search and Rescue says.AdventureSmart

The popular photo app Snapchat saved a group of three hikers from some grief on Sunday night.

Coquitlam Search and Rescue were called to escort the three men from the Swan Falls Loop hike near Buntzen Lake after they lost their way in the dark.

Coyle said the men didn’t tell anyone where they were going but family members called 911 at around midnight when the hikers didn’t show up.

Fortunately, Coyle was able to connect with a friend of the hikers who knew where the men had gone because they had posted photos to their Snapchat stories.

“It was a very strange search,” commented Coyle, who had to do some digging at first because police didn’t have the hikers’ names.

When he saw the photo of the Swan Falls trailhead and a photo of the ridge taken at sunset Sunday, Coyle forwarded the information and the rescuers were able to track the men down and bring them home early Monday morning.
Coyle said the search could have been avoided if the men had left earlier and brought flashlights with them to assist them when it got dark.

“Leaving late in the day is not a good idea,” Coyle said, and he said flashlights are preferable over using phones to light the way because smartphones are a good communication back up but are useless when batteries are dead.

“If they had a flashlight, I’m sure we wouldn’t have been called,” Coyle commented. “The days get shorter and people who aren’t used to planning a trip are often caught by darkness,” he added, predicting that Coquitlam SAR will have few more emergency calls before hiking season ends.

Coyle said it’s better to let someone know when you’re headed out on a hike, relying on Snapchat to communicate isn’t the best way to ensure you’ll be found if something goes awry.