New curriculum demands more integration of technology, a new team has been established to help SD43 teachers with the changes
Nov 22, 2016 11:00 AM By: Diane Strandberg 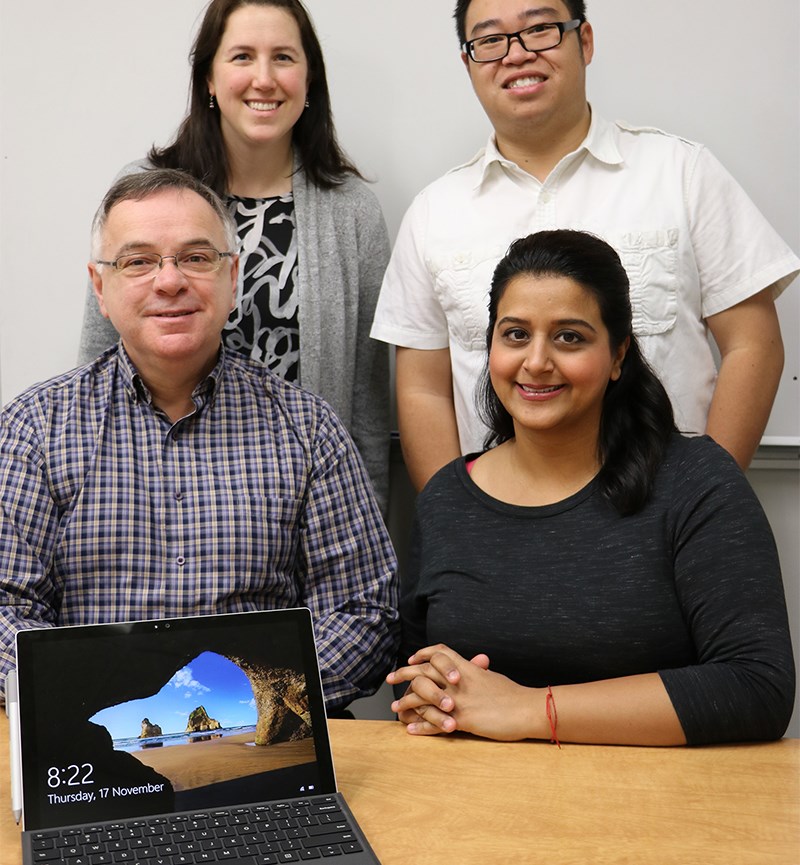 Teachers who will be spending part of their day helping their peers with technology as part of School District 43's Tech 20 team are Elaan Bauder, Simon Kwok, Ron Morwick and Cheri Nagra.Submitted

In the past five years, B.C. education has undergone a transformation with the introduction of technology into schools — but not all teachers are jumping on the bandwagon.

While many are using tech tools in their classroom, those with little exposure to new mobile apps and computer programs have been slower to adapt while at the same time the expectation to use them is high and growing.

To bridge the knowledge gap, School District 43 has set up a squad of tech-savvy teachers who will help their colleagues. There's also a website of resources and dozens of pilots going on in schools.

Dave Sands told the board of trustees that the goal of the program — called Tech 20 — is to "build capacity" among teachers who haven't developed the necessary skills while the website is a clearing house for information.

Since September, Sands said, the team has fielded 108 requests and supported 1,000 educators, showing that demand is there for this kind of help. The team is staffed with teachers who have been seconded at half-time for a year with funds from the district's recent surplus.

Middle school teacher Elaan Bauder said she helped a colleague with a coding project and found the anxiety lift when the teacher was able to handle the subject, now a requirement in all B.C. schools.
"The teacher had never taught computers, now they were expected to teach coding," she said.

Another new app is FreshGrade, which allows students to communicate what they are learning, said teacher Simon Kwok. So far, 9,000 students are using the FreshGrade program, and teachers and parents are getting help to use it, too.

In another example, Cheri Nagra said she is helping a Spanish-language teacher use presentation software called PowToon so her students can create animated dialogues in the Romance language.

The Tech 20 squad represents the human phase of SD43's technology rollout, which included the installation of the province's Next Generation Network and a $2.4-million SD43 investment in school wireless upgrades.
"It's very much about investing in people," said Stephen Whiffin, associate director of instruction for learning.

Among the new pilot programs in schools are four initiatives to teach coding with kid-friendly software that uses Minecraft, programmable robots called Sphero and Microbit.

Students and teachers are also learning how to use Office 365 and One Note, and there is even a pilot program to use tablets in kindergarten to Grade 3. Digital citizenship activities and resources are also being piloted across the district.