A Port Coquitlam mother stuck with over $14,000 in mortgage and utility bills after a tenant reportedly skipped out on five months of rent says she's been left frustrated by an overburdened legal system backed up by the COVID-19 pandemic.
Feb 20, 2021 7:35 AM By: Stefan Labbé 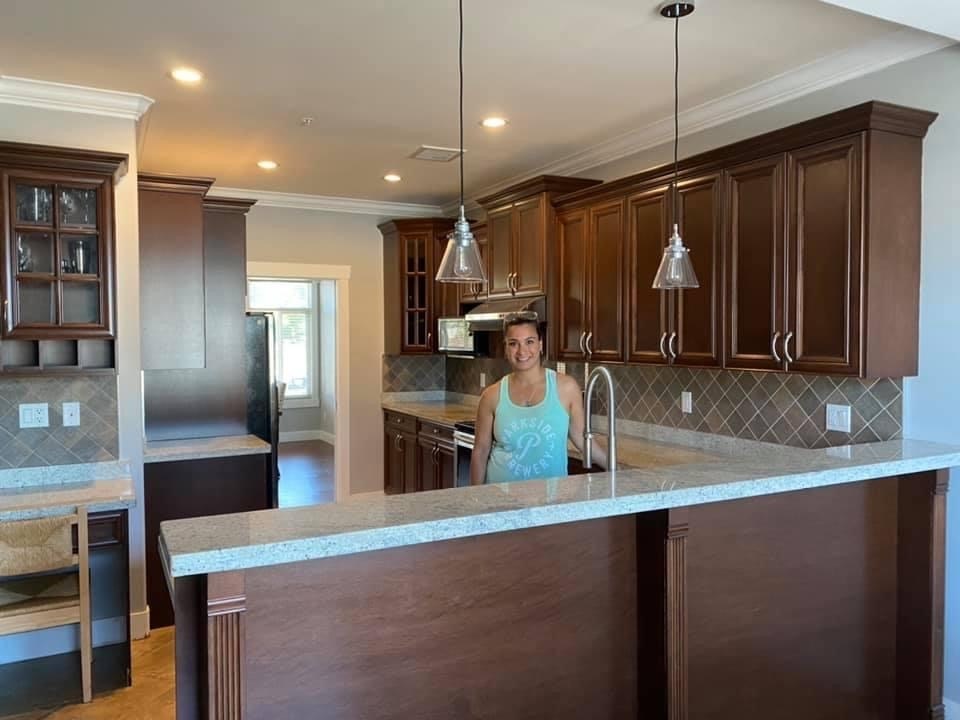 Suzanna de Souza says she was forced to move into the basement after the tenants allegedly skipped out on over $14,000 in rent and utility bills.Submitted

A Port Coquitlam mother stuck with over $14,000 in mortgage and utility bills after a tenant allegedly skipped out on five months of rent says she’s been left frustrated by an overburdened legal system backed up by the COVID-19 pandemic.

Suzanna de Souza says her troubles started with the tenant back in 2016 while she was in the midst of a divorce and short on money. When a couple from Ottawa offered to pay up to a year’s rent in advance if she didn’t seek references or do a credit check, de Souza says she was suspicious but ultimately desperate enough that she went ahead.

“I was going through a divorce, couldn’t afford my mortgage on the house and then here comes a sweet deal,” she recalls. “I was like, ‘Oh wow. All this money.’”

Skip forward to early 2020 and the tenants had missed rent payments so many times that de Souza says they had worked out a penalty system where she’d get an extra $500 if they missed rent payment on the house near Prairie Avenue and Coast Meridian Road.

“Apparently he works in mergers and acquisitions in the United States,” says de Souza.

The tenant’s long list of excuses for bounced rent cheques included waiting for payment from the latest deal, to his lawyer not being able to process a payment because it was his religious holiday, according to the landlord.

When the pandemic hit, the tenants are said to have stopped paying rent for five months, safe from leaving because of the province’s eviction ban. That ban ended Sept. 1, 2020, though de Souza says the tenants left in July knowing the moratorium was ending.

As a single mom who works in internal training and coaching at a health insurance company, it quickly became hard to make ends meet and still cover the mortgage. So de Souza took her kids and moved into the basement while she looked for a new tenant.

“Just because you own a property doesn’t mean you have money. The bills aren’t forgiven, the mortgage isn’t forgiven. They just tack it on with interest.”

A spokesperson for the Attorney General's office, which oversees the Residential Tenancy Branch (RTB), told the Tri-City News de Souza’s situation is “very much the exception.”

“In September, we lifted the ban and replaced it with a repayment framework to help landlords recover outstanding arrears and maintain housing for tenants,” wrote the spokesperson for the ministry in an email.

“In the vast majority of cases, tenants continued to pay rent during the eviction ban, and the smaller number of tenants who had some arrears are now repaying those arrears.”

The spokesperson added that in a small number of “unfortunate situations,” tenants took advantage of the circumstances. When a tenant moves out after failing to pay rent, the landlord can apply through the Residential Tenancy Branch for a monetary offer for unpaid rent or utilities, something that can take up to four and a half months, according to the ministry spokesperson.

But when de Souza went to the RTB to get payment orders in May and again in August of last year, she says the courts were still closed and she had no recourse to enforce the order.

“We’ve gone to small claims provincial court four times and they have defaulted each time,” she says, adding that the former tenant says he’s waiting for a large real estate deal in the United States to come through.

When de Souza said she went to serve court documents to her ex-tenants at their new house on the top of Burke Mountain in Coquitlam, she found them living in a six-bedroom house on a corner lot.

“They drive brand new BMWs. I drive a beat-up Prius,” she says. “I’m worried he’s just going from situation to situation. Then landlords like me keep going to court.”

After multiple hearings at the Residential Tenancy Branch, the case kept getting bumped up. Small claims court faced such a backlog that de Souza didn’t have her case heard until October. Several virtual hearings later she’s finally scheduled to meet in person with the former tenant and a Port Coquitlam judge next week.

Meanwhile, she says the whole ordeal has taken its toll, both on her finances, and her health.

“I’ve had to take time off work (to attend hearings and court dates), I’ve seen a therapist, my kids have had to go without,” she adds. “I think a lot of tenants are banking on landlords to give up. But I’m taking it basically all the way. I have to. I’ve gone so far. It’s been a year of pushing and pulling.”

“I want to stop people from getting away with capitalizing on the pandemic.”