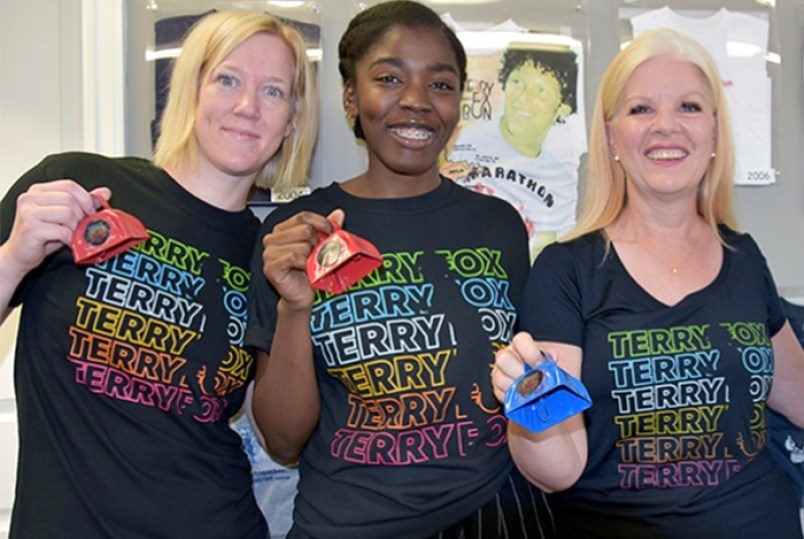 The provincial office for the Terry Fox Foundation may have left the hero’s hometown this spring.

But the B.C./Yukon director — and the city’s mayor — hope to see the charity back in Port Coquitlam one day.

It continued to rent the office on a month-by-month basis until June, when White and Fox’s niece, Kristen, the provincial school co-ordinator, transferred to the foundation’s national headquarters at Simon Fraser University (SFU).

White said while the pair has had first-hand opportunities to see what’s happening across Canada with cancer research in Fox’s name, their departure from PoCo was a hit to the community.

“There’s a great connection to Terry’s story at Simon Fraser,” White said, referring to the post-secondary institution where Fox was a kinesiology undergrad before he undertook his historic Marathon of Hope in 1980. “But it’s disappointing we’re no longer in Port Coquitlam because it’s his home…. People would see our office sign outside and pop in to talk about Terry and what he meant to them."

"There was a strong connection.”

Mayor Brad West told the Tri-City News that city staff worked “very hard” with the foundation to keep the provincial branch in PoCo — including at a city-owned space — but their efforts were unsuccessful.

West said he’s confident the foundation will continue to have an impact in his city despite the brick-and-mortar loss.

“I do hope that in the future we will see the Terry Fox Foundation have their office in our city,” the mayor said.

As for the 40th anniversary run in September, White said the national office lowered its fundraising projections due to COVID-19 as supporters were not able to gather under provincial health orders in Canada.

Still, the virtual community runs on Sept. 20, and on other days, have yielded $5.3 million to date for cancer research — above the adjusted target — of which $636,000 came from B.C. and Yukon, second only to Ontario.

And the numbers continue to get higher, White said, with donations as well as from merchandise sales.

As well, two publications about Fox launched this year from Penguin Random House Canada, to mark the milestone anniversary: Forever Terry: A Legacy in Letters, and the children’s picture book Terry Fox and Me (a portion of the proceeds from both books will go to the Terry Fox Foundation).

Meanwhile, the foundation is still hunting for an executive director following the resignation last year of Britt Andersen, a Belcarra resident; Ara Sahakian has taken over the top role in the interim.

And the Bank of Canada has yet to announce who will be on the new $5 note. Fox’s name was one of hundreds of iconic Canadians to be nominated for the honour. Others nominated included Tommy Douglas, John McCrae and Mary Pickford.

"The Bank of Canada intends to publish the shortlist on its website in November as an important milestone in the selection process," said Amelie Ferron-Craig, media relations consultant for the Bank of Canada. "We expect that the name of the selected individual will be announced in early 2021, following the final decision by the minister."