Terry Fox shortlisted to be on the new $5 note

Port Coquitlam’s hometown hero is one of eight Canadians shortlisted to have their image on the next $5 note.
Nov 9, 2020 11:31 AM By: Janis Cleugh 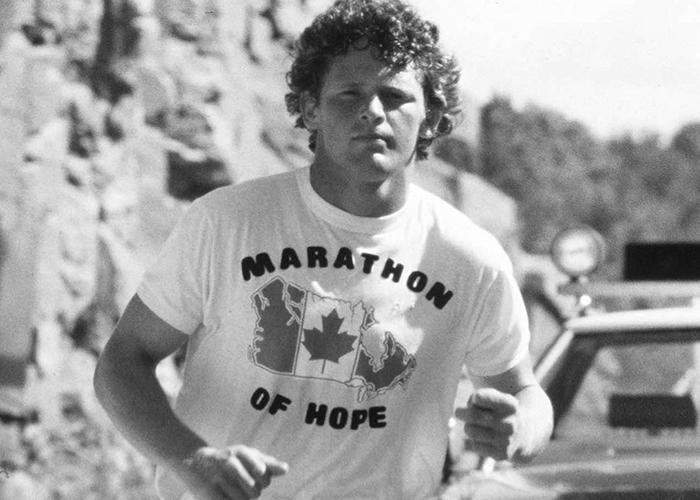 Port Coquitlam hero Terry Fox during his Marathon of Hope, in 1980.BANK OF CANADA

Port Coquitlam’s hometown hero is one of eight Canadians shortlisted to have their image on the next $5 note.

Monday, the Bank of Canada told the Tri-City News that Terry Fox is a finalist for the new dollar bill.

Fox, who was born in Winnipeg and is of Metis descent, was nominated to be on the $5 note by thousands of Canadians earlier this year. He ran across Canada in 1980 during his historic Marathon of Hope, to raise money to research cancer — a disease that claimed his life in 1981.

This year marks the 40th anniversary of the community runs in his name.

“It’s wonderful,” said Fred Fox, Terry’s oldest brother, who works as manager of supporter relations at the Terry Fox Foundation, and who spoke on behalf of the family. “It’s kind of a reflection of how Canadians feel about Terry. It’s an honour that 40 years later, they remember his legacy.”

During the six-week public consultation, the names of more than 600 Canadians were nominated to have their image on the new bill that — like the new $10 note — will have a vertical design.

The other candidates shortlisted include:

• Pitseolak Ashoona, who is among the first generation of Inuit printmakers;

• Won Alexander Cumyow, the first-known Chinese-Canadian born in Canada who bridged the divide between Vancouver’s English-speaking and Chinese communities;

• Lotta Hitschmanova, one of Canada’s earliest grassroots humanitarians who founded the Unitarian Service Committee of Canada;

• Isapo-muxika (Crowfoot), a leader fo the Blackfoot Confederacy who was instrumental in Treaty 7 negotiations;

“Canadians put forward the names of hundreds of people who have changed Canada for the better,” said Bank of Canada Governor Tiff Macklem, in a press release. “I thank the advisory council members for their thoughtful and thorough deliberations, and I look forward to seeing which of these eight remarkable individuals will be featured on our next $5 bank note.”

Finance minister Chrystia Freeland will consider the shortlist and announce the name early next year.

Currently, Sir Wilfrid Laurier is on the $5 note.

Port Coquitlam Mayor Brad West said the shortlist announcement “came at a time when we could all use some good news,” he said, referring to the pandemic.

West, who wrote a letter on behalf of city council to nominate Fox, said he heard from many Canadians who had also put Fox’s name forward.

They shared their stories about how they connected to his journey.

“He’s such a uniting figure,” West said. “We’re divided geographically, culturally and ethnically, and politically, but I would hear from young people in Port Coquitlam, seniors in Ontario and new Canadians who would talk about Terry’s perseverance and courage. They found meaning in their own lives by what he did.”

West said he’s “very, very optimistic” that Terry will end up as the choice for the Fox Fiver. “It will be a fitting tribute as we raise money for cancer research. It’s something that we can’t give up on. Cancer doesn’t discriminate. There’s not a family out there that hasn’t been touched by it.”