As COVID-19 cases surge across the region, sweeping new restrictions are keeping people indoors.
Nov 14, 2020 7:21 AM By: Gary Mckenna 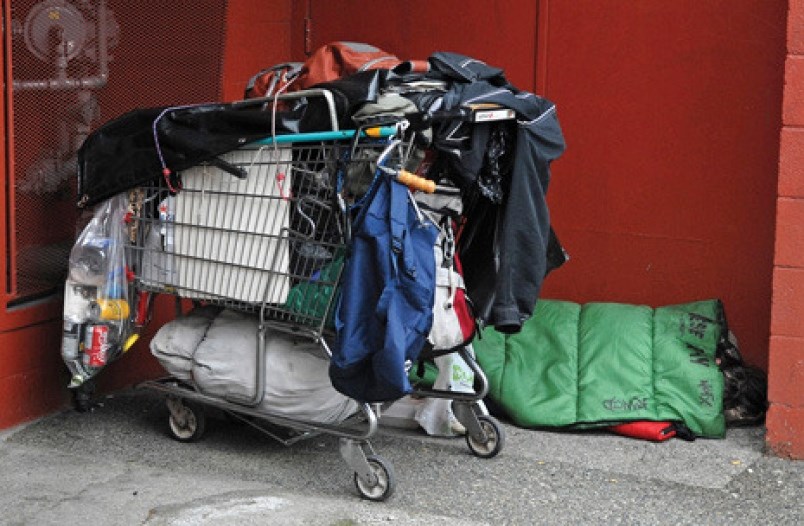 Physical distancing protocols associated with the COVID-19 pandemic are making it increasingly difficult for volunteer homeless shelters as Metro Vancouver gears up for a La Niña winter.

But what about those who are currently experiencing homelessness and have nowhere to go?

“There’s nothing,” said Polly Krier, chair of the Tri-Cities Homelessness Task Group. “We have nothing setup for overnight or daytime for the winter.”

Metro Vancouver’s rainy season is always a precarious time for homeless people, but the COVID-19 pandemic has meant even less options are available for those living on the streets.

Physical distancing protocols have led to the cancellation of the cold/wet weather mat program, which usually runs from the beginning of October to the end of March, and both Coquitlam’s 3030 Gordon shelter and an emergency response centre operating out of a Coquitlam hotel are at capacity.

Even the extreme weather emergency shelter, which opens its doors at Trinity United Church when the temperature dips below zero, will be shuttered during a La Niña winter season that could be particularly severe.

Finding a location large enough to accommodate a shelter while meeting current distancing protocols ordered by the provincial health officer is the biggest hurdle. But getting volunteers to operate the program could also be problematic, Krier said.

Many of the older people that have helped out in the past are reticent to put themselves in a position where they are working indoors in close quarters with one another and the people they serve, she said. The younger volunteers are often looking after a parent or have immune-compromised people in their lives and do not want to take the risk.

Craig Savage, the Tri-Cities Community Coordinator with the CityReach Care Society, which offers food and clothing to people in need at outdoor meeting spots, said he is hearing concerns among the homeless population about how they will get through the winter.

While it is still early in the season, the organization has already seen greater demand for rain gear, toques and warm clothing. Many just want a place to go that is indoors where they can escape the elements, he added.

“There is a lack of emergency winter shelter options,” Savage said. “They wish we were able to serve meals inside so they could warm up rather than keeping everyone outside.”

Coquitlam Mayor Richard Stewart said the homeless issue is on council’s radar and the city has been lobbying the provincial government for more supports. However, he added that the fall “was an incredibly awkward time to call a snap election,” which he believes has caused delays in finding a solution to the shelter issue for the upcoming winter.

At this point, there doesn’t even seem to be an option for policy makers and housing advocates to rally around.

Relaxing distancing protocols is a risky prospect that Stewart said officials are reluctant to adopt, while finding a location big enough to put COVID-19 safeguards in place will not happen quickly.

“This is a… perfect storm of challenges,” he said. “Even if you could partition a room safely and meet fire code and have separate sleeping quarters, the reality is you’d need a year to plan for it.”